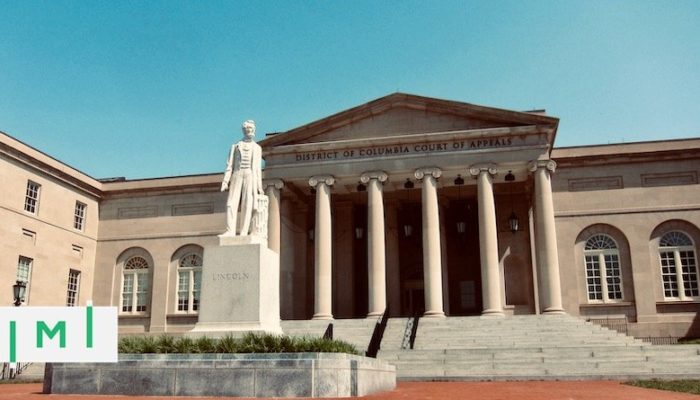 For years, EB-5 advocates have argued that the program’s 10,000-visa cap should be interpreted to mean 10,000 investors with families rather than 10,000 individuals, the prevailing interpretation. In a ruling last week, the US Court of Appeals for the District of Columbia Circuit upheld the prevailing interpretation, dashing hopes of a potential tripling of the effective EB-5 quota.

In his Opinion for the Court, Circuit Judge Walker explained the Court’s reasoning:

“When the Department of State calculates how many visas it may issue for foreign investors, it includes an investor’s spouse and children in the total count. So, for example, if there are 10,000 investor visas available in a year, and if the first 3,000 of those visas go to investors with 7,000 spouses and
children, no additional visas are available to foreign investors. The Plaintiffs challenge this counting practice. They claim the Department should have stopped counting family members against the total number of investor visas after Congress relocated the controlling text within the Act in 1990. We disagree. The Act required the Department’s approach before 1990, and it still does. Congress did nothing in 1990 to change the text’s meaning. We therefore affirm the district court’s dismissal of the Plaintiffs’ lawsuit.”

Reacting to the ruling, Aaron Grau, Executive Director of IIUSA, said “we believe Congress developed the EB-5 visa to facilitate economic development and job creation and that the law should be interpreted as such: facilitating the most number of investor visas possible. This case represented a well-reasoned legal solution to provide that relief and economic stimulus.”

Friday’s three-judge unanimous decision rounds off a challenging month for the EB-5 program:

The Stringent Eligibility Criteria For Malta’s Citizenship For Exceptional Services by Direct Investment
Eligibility standards for Malta’s new investor naturalization policy are among the most stringent in the market. Kenneth Camilleri explains.

Curaçao Revamps Investor Permit Program, Path to Dutch Citizenship in 5 Years
The right to live in both the Caribbean and the EU, with a path to EU citizenship in five years, now starting at US$280,000 in Curaçao.