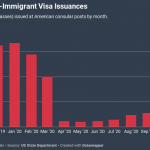 The immediate cause of the decline was the US State Department’s suspension, in March, of routine visa services at consulates worldwide in response to pandemic-related challenges. Since July last year, such services have been subject to a “phased resumption” contingent on local conditions at each post. The State Department has not provided any specific date for when routine visa services will resume globally.

“The biggest issue is that many consulates are not processing E2 visas at the moment,” said Patrick Findaro of Visa Franchise, a Miami-based consultancy specializing in the E2 visa. “Some resumed processing but then they closed again. There’s a pretty dramatic backlog for the issuance of new E2 visas and I would imagine that many of the E2 visas currently being issued are for renewals.”

A cursory glance at the monthly number of non-immigrant visas (of all classes, including E2) issued at overseas diplomatic posts shows that 3.6 of the 4.4 million visas issued during FY2020 (82%) were issued during the first six months of the year.

Monthly approvals have been rising slowly since July, roughly tripling between then and December, indicating volumes are on their way to returning to former levels, though there is a great deal of ground yet to cover.

“I do anticipate that this will come back up,” adds Findaro. “To offer some perspective; we have 30-40 clients who are just waiting to get an E2 visa interview at the moment.”

The nationality distribution of E2 investors did not materially change in 2020: The Japanese remain the largest single group, by some distance, followed by Canadians, South Koreans, and Germans.

In the Western Hemisphere, Canadians constituted the largest applicant cohort, gaining 2,500 E2 visas during the period. In Europe, Germany (the most populous E2 treaty country on that continent) retained pole position with 1,487 approvals, about half the number recorded for FY2019.

Though approval figures were drastically reduced in 2020, the program still raised billions of dollars worth of FDI; Presuming average investments of US$250,000, total investment would have amounted to neary US$6 billion.

Application rejection rates rose slightly in FY2020 to 12.2%, up from 10.6% in 2019 though still markedly lower than the rejection rates observed in FY2018, where one in four applicants were turned away.

For more detailed statistics on the US E2 program, visit the IMI Data Center. 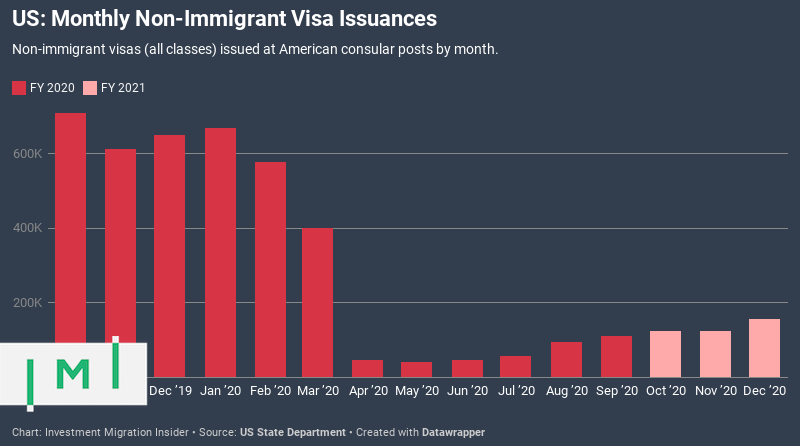 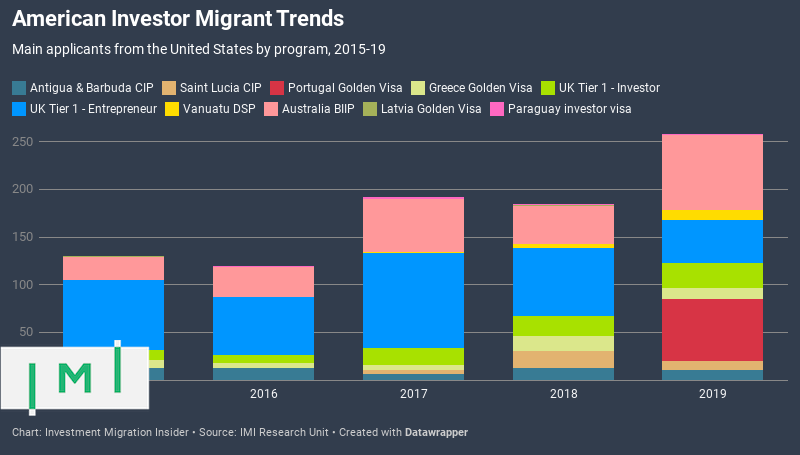 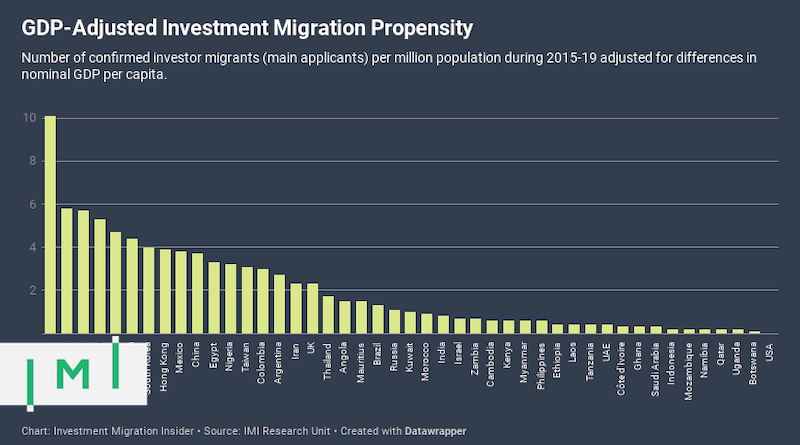 Which Nationalities Have The Greatest Propensity for RCBI Program Participation?
While Hongkongers are more likely than any other nationality to participate in RCBI programs, the Vietnamese are unrivaled when differences in wealth are taken into account.