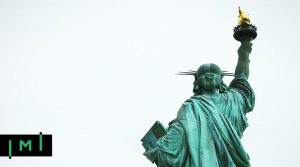 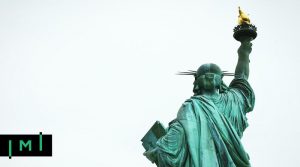 Nomad Capitalist, an offshore consulting firm, compiles an annual list of the best passports for ‘global citizens’. Its founder, Andrew Henderson, has seen a 300% increase in Americans looking for second citizenship as a way to protect themselves.

The Nomad Passport Index (NPI) tests 199 citizenships around the world on five main criteria: visa-free travel, of course, but also international taxation laws, global perception, dual citizenship, and personal freedom. All of which adds up to the best passports for global entrepreneurs.

Henderson said, “the U.S. passport slid to #42 on our list of the best passports this year, and I think more people—especially wealthy people—are seeing that not only will their government not protect them, but they’ll send them an even larger tax bill for the privilege. I’ve never heard so many people say, ‘Five years ago, I never thought it would be this bad’.”

There are many companies which compile indexes of powerful passports highlighting which passports allow the most visa-free access to the most countries. The Henley Passport Index, for instance, recently ranked Japan as number one and highlighted how Asian countries are increasingly offering greater travel freedoms whilst U.S. and U.K. passports are decreasing in rank. Arton Capital’s Passport Index recently placed Germany as number one.

Irish Times: Irish passport is the second best in the world for entrepreneurs

“Ireland offers one of Europe’s lowest corporate tax rates, yet its passport’s visa scores are among the highest. The country’s excellent reputation makes travelling as an Irish citizen generally hassle-free,” said Andrew Henderson, founder of Nomad Capitalist, which compiled the report.

Arabian Business: Invest in your future: The rise of citizenship and residency by investment

“The unprecedented trend of bans and suspension of temporary visas and work permits by several countries during the pandemic has exposed the vulnerability of such statuses of residency,” explains Deepanshu Choudhry, Legal Manager, Step Global.

Today, a long list of countries trade citizenship or residency for cash. According to a top industry expert, Henley & Partners, it’s now a global industry worth $25 billion (Dh91.8 billion) a year.

For many people, investing in property is the best route. “Purchasing citizenship through real estate remains an excellent source of value for those looking to invest in something tangible that also has growth potential,” says Mahdi Mohammed, CEO of Guide Consultants.

With nearly 30 years in the industry, Bayat Legal Services always has its finger on the pulse of immigration trends. Managing Director, Pej Mohyeddin, is in regular contact with many of the Caribbean programme managers, who confirm business during the pandemic is far from down.

“The numbers have been consistent to pre-pandemic, so that means their ability to process and the interest of customers has not diminished,” he says.

When it comes to the best way for ensuring you choose the right immigration or second citizenship pathway, Tony Ebraheem, Founder of 111 Immigration, says no two cases are the same.

“However, balancing three things will guide you to select the best programme,” he advises. “How fast you want it, what benefits you are looking for, and how much it will cost.”

“Citizenship is the relationship between an individual and a sovereign state, defined by the laws of that state, along with corresponding duties and rights.” – Dr. Sadir Al Kherdaji, Managing Director, Al Kherdaji International legal Consultants

Arabian Business: Why it pays for the region’s wealthy to invest in a second citizenship

These passports, typically obtained through citizenship by investment (CBI) programmes, allow their holder to not only avoid being liable to taxes in their home country but also provides them freedom of movement – something invaluable as the pandemic and its aftermath complicates travel and migration options worldwide, said Mohammed Asaria, managing director of Range Developments.

“Obtaining a citizenship by investment offers a hedge against political, social and economic anxieties – especially for investors residing in emerging markets.”

Viren Miskita, a Mumbai-based lawyer with M.T. Miskita & Company, said that NRIs need to pay attention to changes in the country’s concept of tax residency. “This assumes significance as the residential status of a taxpayer determines the scope of taxable income in India for a financial year. The 2021 Union Budget proposes to reduce the threshold from 182 days to 120 days to be deemed an ordinary resident. NRIs will therefore have to be in India for shorter durations.”

Carolyn Lee, principal at Carolyn Lee PLLC, believes Joe Biden’s administration will be far more immigration-friendly than that of his predecessor. “With Democrats in control of both chambers – the Senate and the House of Representatives – as well as the White House, we can expect at least some of the Biden Administration’s immigration agenda will be fulfilled.”

However, tax advisor David Lesperance told Express.co.uk that if the Government proposes any changes to the Sovereign Grant, “it’s up to the Queen to respond to that”.

He explained: “The Sovereign Grant is a percentage of the incomes of various things.

“And, so, it’s a little bit of a back and forth between Parliament and the Queen.

“Which is, [the Palace says] ‘I’m going to volunteer to pay this much’.

“And Parliament says, ‘as a result of Covid, for example, we’ve seen a drop in your income or your renovations, so we will up it until the renovations are done’.

“So it is a negotiation, in a sense, as to how much net ends up in the Sovereign Grant.”

City AM: What will the new tech visa rules mean for UK fintechs?

“As UK employers prepare for the period beyond Covid-19 and Brexit, they will be receptive to a visa system that enables them to access the talent and experience that they need,” Joanne Hennessy, immigration law expert at Pinsent Masons said.

“Highly skilled individuals will be able to undertake short-term contracts, or work for a range of businesses throughout their stay in the UK, without the need for a specific sponsor.”