Will The Crisis Lead Portugal to Scrap its Golden Visa Price Increase Plans? 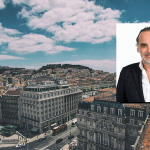 In February, when Portugal’s Government presented its annual budget, it advised that it planned to make golden visa real estate in the country’s principal cities – Lisbon and Porto were mentioned – subject to a higher minimum investment than “interior” regions.

It was not immediately clear which regions would be considered interior, and it was not clear whether other cities than Porto and Lisbon would be affected.

Following lobbying efforts from the real estate sector and a general outcry from market stakeholders, the Government quickly turned around and hastened to say that any changes would not come into effect until 2021. Now, following the Pandemic, such plans are officially “not a priority”.

To clarify precisely what happened during the confusion and what we can expect from Portugal’s golden visa policy in 2021, we spoke to Dr. Tiago Gali Macedo, principal of NEXT Lawyers Gali Macedo & Associados.

“The main interpretation issue was that, in the State Budget, the Government not only excluded the two main cities – Porto and Lisbon – but also all the coastline of Portugal from North to South,” specifies Gali Macedo.

“This, of course, created much confusion and all the real estate and hospitality agents reacted against it. Following this controversy, the Deputy Secretary of State to the Prime Minister promptly clarified that the amendments would only enter into force in 2021.”

Were it not for COVID-19, he points out, it would have been natural to expect Lisbon and Porto to be excluded from the program by 2021. “However, considering the financial crisis that is expected in the aftermath of coronavirus, in my opinion, the amendments to the golden visa program will never take place as planned!” he adds, emphatically.

Questioned as to whether he thinks that, following the pandemic, the government might altogether scrap its plans to raise prices in the main cities, especially considering how much of the credit the real estate sector got for helping Portugal recover from the previous crisis, he indicates the most likely scenario is a perpetuation of the status quo.

“I believe the government will keep it as it is or, maybe, if pressured by the left-wing parties, to change the values, but not by much.”

Many industry observers are expecting drastically lower prices for real estate globally following a pandemic-induced downturn. Portugal, though, has so far been spared the worst of the health crisis, thanks to early prevention efforts. Gali Macedo believes his country’s handling of the situation will bolster his country’s image, but that it won’t be immune from the economic fallout, which in turn could make for real estate bargains for golden visa investors.

“Although it is true that we have been spared the worst of the pandemic, especially compared to other southern European countries, it is also true that, economically, the country is suffering as a consequence of our long lockdown. Therefore, we will experience an economic crisis that we believe will drive a stabilization – possibly a reduction – of real estate prices and turn Portugal in an even more attractive place to live and invest.

Many commentators have postulated that, following COVID-19, which saw the value of visa-free travel alone fall to almost nothing, a greater share of investor migrants will choose to relocate permanently. This, says Gali Macedo, will benefit real estate-based golden visas generally, and Portugal’s specifically.

“The Portuguese public health system has demonstrated a fantastic response to the ongoing health crisis, and this has been in the news internationally. In our opinion, on top of all the other qualities Portugal has, such as being a safe and politically stable country, this could be perceived as an incentive to move to Portugal.”

He also points out that the lockdown has allowed greater numbers to realize they can actually do their work remotely.

“This makes it easier for people to relocate and maintain their business activities,” concludes an optimistic Gali Macedo.