“Wake Up in The Morning Without Smelling Tear Gas”: Investment Migration People in the News This Week 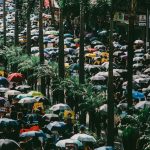 The surge in African investor migrants, Singapore’s position in the global RCBI-market, the cup that runneth over for Hongkongers, and South Americans’ rush to save their capital from avaricious governments with a pandemic excuse for wealth-grabs were among the topics for which investment migration professionals appeared in the news this week.

IM people in the news this week:

The Economist: Wealthy Africans are shopping for foreign passports

A Nigerian passport, says Karo Agono, a Nigerian businessman, raises all sorts of “red flags”. For 15 years international deals made by his finance and property business were held up when people saw his green travel document and then asked for stacks of extra paperwork. Fed up, Mr Agono stumped up $150,000 for citizenship of a Caribbean country.

More and more rich Africans are buying second passports or foreign residency rights. They do so because their own passports open few doors (see chart). Henley and Partners, which advises people on how to acquire a spare nationality, says inquiries from Africa are up by a third compared with last year. The firm is opening an office in Lagos, adding to those in Johannesburg and Cape Town. Habila Malgwi of Arton Capital, another adviser, says it has agents in 15 African countries and plans to open an office on the continent “very, very soon”. Covid-19 has led to soaring interest. People, he says, are looking for a Plan B.

Like most other industries, investment migration is highly competitive, and Singapore is competing with many other city-states for an extremely small group of ultra-HNW individuals.

Still, Dominic Volek of Henley & Partners, a leading investment migration consultancy, says that although the GIP is very complex and has many restrictions, it remains an attractive destination, particularly amidst Covid-19. According to Dominic, ultra-HNW individuals are now more concerned about countries’ healthcare systems, assessing investment migration decisions based on countries’ pandemic preparedness and management.

John Hu, a migration specialist, saw a five-fold increase in inquiries immediately after the national security law was announced. “I’m processing young professionals like nurses, accountants, engineers, and other professionals. I have clients as young as 25. This is what we call the brain drain.”

But while interest has spiked, it is currently challenging for the wealthy to just pick up and leave as governments restrict international travel to contain the spread of Covid-19.

“We are seeing a lot of inquiries and preparations but no actual moves because the borders are closed,” said Juan Federico Fischer, managing director and partner at Andersen Tax & Legal in Montevideo, Uruguay.

“Opening an offshore account is a bit outdated. The priority is to protect one’s tax residency and everything else follows from that,” said Marcos Kraemer, founder and managing partner at Kraemer & Kraemer in Panama. Most don’t stay in their adopted jurisdiction but can use their new status to cut ties with tax authorities back home, he said.

“People aren’t just thinking about a paper move. They want to leave the country,” said Gianni Gutierrez, a tax lawyer at Ferrere in Montevideo. “In order to escape residency in Argentina, the move has to convince Argentinean authorities and that means coming to live in Uruguay,” explained Gutierrez.

On June 11, Uruguayan President Luis Lacalle Pou cut the minimum investment in real estate required to obtain tax residency to UYU 16.1 million ($376,000), down from UYU 69 million previously, as long as applicants spend at least 60 days in the country.

Lawyers in Montevideo have been overwhelmed by inquiries from wealthy Argentinians following reports of Heller’s wealth tax proposal.

“The telephone has not stopped ringing since five o’clock in the morning. The reaction and level of interest has been enormous,” said Fischer, a day after the decree was issued.