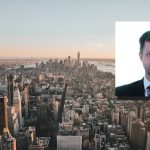 This interview is the fourth in an IMI Club exclusive series of talks with prominent investment migration personalities, centered on questions surrounding the direction the market will take following COVID-19.

Other episodes in this series include:

Simon Black is an international investor, entrepreneur, founder of Sovereign Man, a publication that’s written extensively about investment migration – among many other topics – since 2010.

Black believes the crisis will serve to galvanize the RCBI industry because the pandemic is making likelier the expansion of both demand and supply.

“I think the demand for investment migration is going to increase because people have now witnessed how far governments are willing to overreach and, for a lot of folks, that alone is reason enough to start looking around for options,” says Black, adding that recent border closures have forced people to reconsider what options they want to have in subsequent crises.

Demand will rise further, he expects, thanks to supply growth that will also bring down prices.

“I think we’re going to see more countries, which haven’t had CIPs, create some, legislate some, and there’s going to be more competition and it’s going to create a reduction in prices […] I think we could probably see US$50,000 donations and US$100,-150,000 investment options. I think that’s entirely possible.”

Questioned as to where we are most likely to see new programs or price reductions for existing ones, Black emphasizes that the question will have a different answer for CIPs than for residency programs. It’s in the Caribbean and South Pacific, he says, that we’ll notice drastic measures first.

“After the hurricanes back in 2017, they established big discounts because they needed to raise revenue and, now, they really need to raise revenue because most of them are so dependent on tourism, which has now gone to zero, so they’re desperate for any revenue they can get their hands on, so I think it’s definitely a race to the bottom.”

“Train-wrecked economies”
But he also expects the larger, more advanced countries will play a big role in the supply-side growth. In the interview, Black goes into detail as to why he believes we’ll see “a vast expansion of the EB-5 program in the United States, especially if Trump loses the White House in November” and why he thinks we’ll see “in the Western, developed countries, a radical expansion of residency programs to attract well-heeled investors and entrepreneurs.”

The introduction or amplification of such programs in the rich world, Black explains, will pave the way for countries that are in even more dire financial straits to follow suit.

“I think it’s really just a question of looking at the countries that have the most train-wrecked economies as a result of COVID-19. There are lots in the Caribbean, the South Pacific, and so on, which have a lot of dependency on tourism. But also heavily indebted nations that don’t really have anywhere else to turn. For example, I wouldn’t be surprised to see Argentina try to roll something like this out because boy do they need the money. And not only do they need the money; they need foreign currency.”

Listen to the full interview now.

This perfect storm of rising demand (more investors seeing an urgent need for RCBI) and rising supply (governments introducing, expanding, or discounting programs) will imply a boon for the market, a great opportunity for price-sensitive investors, but also a perilous balancing act for program authorities.

“What jeopardizes these programs is when the government goes handing out passports to anyone that waves money in their face. And when that happens, it’s going to cause a contraction in visa-free travel, it’s going to cast a big shadow on the entire program.”

Investors, Black points out, want to know that a CIP can stand the test of time, that the quality of due diligence is such that there is no risk that visa-free travel might be lost in the future. Countries, he says, need to differentiate themselves because, if they are only competing on price, they will never win.

“The better move is to position yourself as the highest quality, as the best, and develop that brand name,” he says.

Listen to the full interview now.