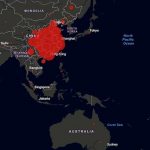 In response to the developing global crisis arising from the rapid spread of the Wuhan Coronavirus, Vanuatu’s Immigration Head, Jeffrey Markson, has taken the unprecedented step of banning, until further notice, all passport deliveries to Southeast and North Asia.

This will, of course, present considerable practical challenges as Vanuatu is quite unique among global CBI programs in mandating a physical “Citizenship Ceremony” at which the Vanuatu passport is hand-delivered by a Vanuatu Government-appointed Passport Officer.

A majority of applicants to the Vanuatu Citizenship Program are from Mainland China – and the natural location for Citizenship Ceremonies is in Hong Kong. With travel to Hong Kong from China now largely curtailed, redirecting the program’s new citizens of Chinese origin to ceremonies in other Asian locations where travel has not yet been suspended would arguably be irresponsible.

Commenting on this move, James E.Harris of Vanuatu Investment Migration Bureau remarked, “this directive came somewhat ‘out of the blue’ but is understandable given Vanuatu’s potential vulnerability to the impacts of this novel virus. It generates some logistical and organizational challenges, but we handle very few Mainland China cases and so are not so much affected by the travel restrictions there, but more with regard to distribution amongst our wider Asian client-base. Having said that, we already offer multi-city distribution for Vanuatu Citizenship Ceremonies and so I expect we will be able to work our way around this inconvenience”.

He added that “obviously we hope the advice can be refined as the situation evolves. Clearly, this is a world-wide issue and not just confined to Asia, so we should focus on identifying ‘safe’ locations in Asia and, as long as applicants are not flying in from Mainland China, I believe the risks remain minuscule as long as common sense is applied”.

It remains to be seen whether the restrictions on outbound travel by Passport Officers will be augmented with similar inbound restrictions to seal off the country to visitors. However, there are reports that the Government is considering a temporary bar on entry to Vanuatu from all travelers from the Asia region north of Australia. Further clarification on this is expected soon.