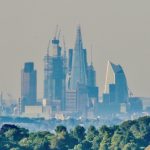 Only 49 main applicants and 72 dependents received entry clearances in the UK under the Tier 1 Investor Visa during the third quarter of 2019, a tremendous drop from, respectively, the 124 and 226 seen in the preceding quarter.

Presuming investment amounts coming in at the prescribed minimum, the program raised only 98 million pounds during the period, compared to 248 in Q2, the lowest such figure recorded since Q2 2016.

Much of the decline is explained by the (relative to the general trend) surge in applications in Q1 and Q2, as fence-sitting investors – having been made aware of upcoming rule changes – accelerated their application plans. See: New Record for UK Tier 1 Investment in Q1 as Suspension-Scare Boosts Applications by 42%

The new rules also saw the introduction of new categories, as well as the scrapping of the popular Entrepreneur visa. 92 and 10 main applicants received approvals under the new Startup and Innovator categories, respectively.

Expects return to normal at start of next school year
Commenting on the data, Rafael Steinmetz Leffa, head of Shard Capital Investor Visa’s China Desk, noted about the change in rules that took place that it appeared information on the amendments had “not yet filtered down to the overseas professional community.  When the last major rule change took place in Nov 2014, we saw a sharp fall in applicants until the new rules were fully absorbed by the professional community and prospective migrants.”

He is referring to the UK’s 2014 decision to double the minimum investment requirement from one to two million pounds, which saw a flurry of applications enter just before the price-hike.

“Other professionals we talk to have great expectations around high net worth individuals immigrating to the UK due to the unrest in Hong Kong,” noted Leffa, but also pointed out that many of the SAR’s prospective Tier 1 investors struggled with cash liquidity because of their relatively dominant allocations to Hong Kong real estate, the price of which is now cooling markedly.

“Another reason we may not see actual numbers go up until after Q2 2020 is that HNWI migration to the UK is still largely driven by education,” emphasized Leffa. “This visa category is mostly used by parents that wish to accompany their children to school here, and the busy period of school admissions has just passed.”

Want to know more about the UK Tier 1 Investor Visa? To see recent articles, statistics, FAQs, official links, and more, visit its Program Page. To see which firms can assist with applications to the program, visit the Residence & Citizenship by Investment Company Directory.