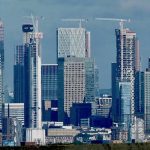 The UK’s Tier 1 Investor Visa program rounds off the year with a slight upturn in the final quarter, but 2019 as a whole saw the first annual decline in approvals since 2015.

Presuming each applicant invested only the minimum required GBP 2 million, the program will have raised GBP 112 million pounds in Q4 and GBP 720 million in 2019 as a whole.

Applications had surged in the first half of 2019 in anticipation of new program rules. Investors, apprehensive about what changes the Home Office might have in store, rushed to file their applications prior to the March deadline. Numbers then fell sharply in Q3, to about half their Q2 level.

“Previously, we stated it would take around six months for potential applicants to understand the updated immigration rules, which require applicants to provide further detail of the provenance of their funds, or Source of Wealth as we call it in the financial sector,” says Farzin Yazdi, Head of Investor Visa at City-based Shard Capital, explaining why applications are only now trending upwards again.

Among the amendments implemented in March was the scrapping of UK government bonds (gilts) as an eligible asset class. Investors’ response, according to Yazdi, has largely been to channel their two million into managed portfolios consisting chiefly of investment-grade corporate bonds, while eschewing high-risk, small-cap, or illiquid investments.

Yazdi, who prognosticates steady growth in demand throughout 2020, points to four main themes affecting the market in the year ahead.

“First, the UK is still the UK in the post-EU world, meaning the motivating factors for applicants remain, such as education, rule of law, and quality of life. The recent election has given a strong mandate to the current government, making the political landscape more stable and encouraging those who were sitting on the side-lines to file their application. The theme of the moment, the Coronavirus, may cause a short term slowdown, but we see the medium-term demand positive. Finally, the Pound is still relatively low compared to pre-referendum levels.”

Nationals from China and its Special Administrative Regions (Hong Kong and Macau) accounted for a combined 184 approved applications, or 51% of the total in 2019.

Rafael Steinmetz Leffa, head of Shard Capital’s China Desk, says the statistic to watch is the refusal rate, which, he points out, has fallen from 11.4% in 2015 to just 4% last year.