The Virus Will Bring About What The European Commission Couldn’t: Genuine Links 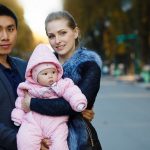 Over the next year, our notions of who investor migrants are and what they want will be tested, re-assessed, and re-drawn. The factors that motivate and influence the choices of the new investor migrant in the post-COVID world will not be the same as yesterday.

Client advisors, developers, and agencies will have to change their marketing mix to account for this (many have already begun to do so) by emphasizing benefits they didn’t in the past (and maybe glossing over some disadvantages they never considered such previously). Prospective investor migrants will start asking different questions than those they used to ask:

The “winners” of the pandemic will be those countries that can give a favorable answer to several of the above questions.

Fewer paper-citizens, more actual immigration
Throughout the hundreds of exchanges I have had with investment migration practitioners over the last two months, predictions about the market’s future have differed widely, except on one point; there’s broad consensus that physical relocation will become far more common. A big chunk of those investor migrants that are “paper-immigrants” will start to actually move to their new countries.

A bigger share of future investor migrants will apply for a program with explicit plans of moving themselves and their families to the new country. At the same time, many of the investors that already hold residence permits will finally begin to use that hitherto unoccupied pied-à-terre in Porto.

They will matriculate their children in local schools, find local friends (and/or spouses), start local businesses, buy local health insurance, cars, and phones, and generally become part of the local community. Essentially, the pandemic will bring about far more genuine links between the investor migrant and the destination country than the European Commission’s stern “recommendations” ever did.

See also: A Tale of Two Citizens: Virtual vs. Functional Freedom of Movement

This transition, obviously, bodes well for the real estate sector in general, and real estate-based investment migration programs in particular.

A drift toward more tangible connections between the country and the immigrant investor could also galvanize interest in entrepreneur/startup-type visas, like the Unites States’ E2, France’s Passeport Talent, or the UK Innovator visa. In a world where most investor migrants were primarily interested in mobility and didn’t intend to actually move, such programs – which typically require a degree of hands-on involvement and, by extension, physical presence – had limited appeal.

In a post-pandemic world, however, where far more investors actually immigrate, those programs may finally get their day in the sun.

The post The Virus Will Bring About What The European Commission Couldn’t: Genuine Links appeared first on Investment Migration Insider.