The Pandemic’s Five Silver Linings for the EB-5 Program 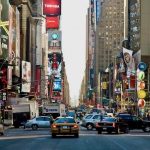 The unprecedented toll that the COVID-19 pandemic has taken affected many lives throughout the globe. Lives lost, dreams shattered, economies crumbled and, unemployment has soared. The list goes on. There are, however, a few interesting occurrences related to the pandemic:

Despite the uncertainty and challenges caused by the implementation of the new regulations and the $900,000 minimum investment requirement, as well as the existing and expected challenges that COVID-19 is creating in the United States and worldwide, some positive elements may emerge from this challenging period, especially in the possibility of a substantial one-time boost in EB-5 visa numbers during FY2021.

This increase, and the redefinition of TEA, brought considerable uncertainty to the EB-5 market. Moreover, COVID-19 and a subsequent series of Presidential Proclamations-related restrictions on travel to the United States prohibited investors from evaluating the EB-5 projects in person, thereby discouraging them from filing I-526 petitions. These factors are certainly not positive developments for EB-5.

That said, as Carolyn Lee states in her article, Top 10 Takeaways from Charlie Oppenheim’s IIUSA Talk, “The lost EB-5 visas will ‘fall up’ to EB-1 next fiscal year (FY 2021) by operation of the Immigration and Nationality Act (INA).” According to the Visa Bulletin published by the Department of State, Bureau of Consular Affairs, this should benefit Indian and Chinese nationals who are subject to retrogression in this category.

The annual quota for EB-5 visas is 9,940 visas, subject to certain adjustments. Due to such adjustments this year, the estimated number of available EB-5 visas will be 11,000. EB-5 visa allocations work based on the principle of “use it or lose it”. According to Mr. Charles Oppenheim, Chief of the Visa Control and Reporting Division at the U.S. Department of State, “only 4,500 EB-5 visas have been used during the 2019 fiscal year”.

If some of the remaining 6,500 visas could not be used by the end of the fiscal year, they would need to be allocated to non-EB-5 visa categories. That said, the slowdown in family-based immigrant visas this year is much higher. The unused family-based immigrant visas need to be allocated to employment-based visas such as EB-5 that will receive 7.1% of such unused visas.

For every month that no family-based immigrant visa is issued, an additional 40,000 visas are freed up, making EB-5 the recipient of 2,840 visas, for that month. Given that US Consulates in charge of issuing such family-based immigrant visas have been shut down for months, it becomes much clearer as to why available EB-5 visas in 2021 will most likely be much higher than it has ever been in the past.

#2 – The indirect benefit to mainland-China born EB-5 applicants as well as others
Weber cites the primary Chinese effect as follows: “the smaller number of worldwide EB-5 visa petitions (in 2020) will increase the number of ‘leftover’ EB-5 visas available to the China-born visa applicants who have been waiting in line the longest.”

Once these Chinese investors can proceed to file for permanent residency and are approved, at the end of their sustainment period of two years, their funds will not have to be redeployed anymore. As a result, they will have two major benefits. They will receive their green cards and their EB-5 capital much earlier than they had originally anticipated in the absence of COVID-19. As stated above in the introduction, the slowdown is no doubt partly due to the recent increase in the minimum required investment amounts, but it is also partly due to the pandemic.

Due to the difficult operating and construction environment COVID-19 has created, there is also another indirect benefit, for other applicants, from a redeployment perspective. Many projects needed to stop for months. While, normally, investors desire their projects to be completed expeditiously, this is not always to their benefit.

As per the rules of EB-5, the EB-5 capital of the investors needs to be “at-risk” until their I-829 is filed, to remove the conditions of their conditional green card. This process of I-526 filing, approval, and the subsequent sustainment period of two years, until the investors are ready to file their I-829 form, typically lasts four to five years. Under a normal non-COVID-19 environment, this duration is longer than the time needed to pay back EB-5 capital. Upon completion, when a project is either sold or refinanced, the freed-up funds must either be paid back to the investors or redeployed in other projects. If the investors have not filed their I-829 applications yet, they are not eligible to receive their funds back, as that would violate the “at-risk” requirement, which would, in turn, jeopardize their whole green card process.

On the other hand, when the construction duration extends, and the gap between the I-829 filing dates and the EB-5 capital payback date closes, the need for a project to have to redeploy funds declines, as well.

All other things constant, redeployment is not the desired activity by EB-5 investors. They all diligently analyze a project from a financial and immigration benefit standpoint. Even if they achieve the immigration benefit through the initial investment, none of them care to see their funds, primarily due to the redeployment requirement, going into a second and maybe a third investment they never had a chance to analyze. Therefore, if COVID-19 ends up delaying project completion times, this would result in better alignment with the time needed for immigration processing, resulting in huge benefits for the EB-5 investor.

#3 – The positive effect of Trump’s Visa Ban Proclamation on EB-5 applicants
Due to the widespread effects of COVID-19, despite the announced series of Trump Presidential Proclamations restricting all sorts of visas including H-1B, L-1, J-1, H-2B, etc., EB-5 remains a viable option for immigration to the United States.

Among other essential categories, such as health-related and family-based immigration, Daniel Lundy, from Klasko Immigration, in a recent blog post states that EB-5 is the only broadly available employment-based visa category to receive a blanket exemption.

He states, “While the EB-5 category is currently backlogged for nationals of China and Vietnam, the EB-5 category for India and the rest of the world will be current as of July 1, 2020. (13) This means that those with an approved EB-5 visa petition may be in the unique position of being able to obtain an immigrant visa abroad, and may benefit from shorter wait times, as the U.S. Consulates abroad will be able to process fewer types of visa applications for the next six months, and may have more availability to work on EB-5 visa applications.”

Again, we see a direct benefit of COVID-19 in favor of existing EB-5 investors with approved I-526 petitions who will most likely be able to get a green card much faster than they were able to before the pandemic.

#4 – The breakthrough in communication using tools such as smartphones, desktop applications, and webinars
Most would argue that due to COVID-19, we have experienced unprecedented flight restrictions and cancellations. Therefore, we cannot meet clients face to face. They cannot come to the US and see the EB-5 projects for themselves. As a result, the business has suffered.

Due to COVID-19, communication with clients has become much more cost-effective. Clients do not expect or even desire face-to-face meetings anymore. Because they cannot easily travel, they are much more available and easily reachable as well. Live in-person seminars and symposiums are being replaced by webinars with unprecedented attendance. What would have been accomplished by flying for 12 hours from one end of the world to the other, to have a few local meetings, is now being accomplished, through various media tools, in the comfort of one’s home, or office.

Many companies are finding out that they can run their businesses virtually while, most often, being just as effective. As a result, they are considering giving up expensive office spaces to allow employees to work from home instead. This has already cut down the expense, time, and agony of the long commute to work. Moreover, companies save even more due to significantly reduced expensive air travel, a major component of the travel and entertainment budget.

These cost savings sooner or later will be passed through to the EB-5 investors in the form of more efficient pricing. Because the business will need to be executed based on actual merits of the transactions, rather than through advertising campaigns and various forms of client entertainment, the EB-5 industry professionals will need to perform on a more even playing field.

Only projects that have outstanding characteristics, offered in the best financial terms, will be able to compete in this new market environment. Intermediaries, who do not add any meaningful value, such as certain migration agents, will become obsolete. Regional Centers, working with licensed broker-dealers, will reach the ultimate investors directly, increasing transparency, and overall product quality.

Intermediaries, who do not add any meaningful value, such as certain migration agents, will become obsolete.

#5 – The realization of our interdependence – Global village
This last benefit is not necessarily a direct benefit to an EB-5 investor per se. Nevertheless, in the end, we will all gain from the realization that we live in a world where we are all interdependent. We have united because we now have a common enemy – the virus. We have become aware that we all need each other. The global economic and political competitive landscape has suddenly adopted the rhythm of an orchestra, whereby each nation is preoccupied with what they are good at, as opposed to which other nations they could colonize, conquer or eliminate.

The virus has gotten us to think about the reason why we are here in the world, and what kind of legacy we can leave behind, before moving on. When we realize that the long-term existence of almost eight billion of us depends on finding some sort of a cure to fight this invisible lifeless object, our vulnerability also gains a new dimension. We begin accepting others as they are, rather than trying to clone them to behave like ourselves. 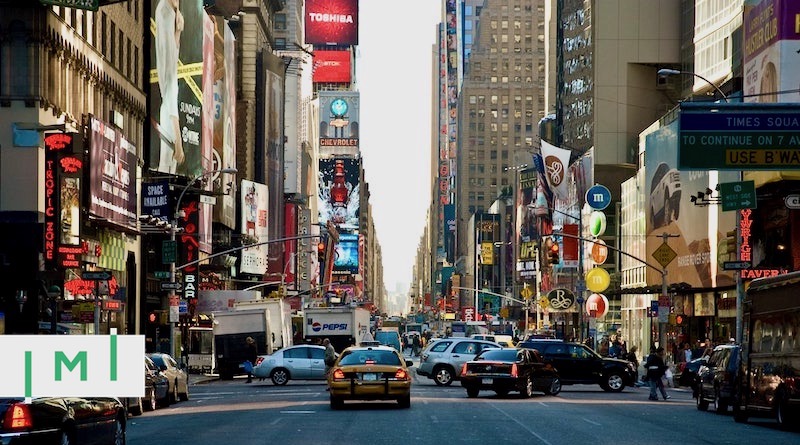 The Pandemic’s Five Silver Linings for the EB-5 Program
Available EB-5 visas in 2021 will most likely be much higher than it has ever been in the past, writes Marko Issever. 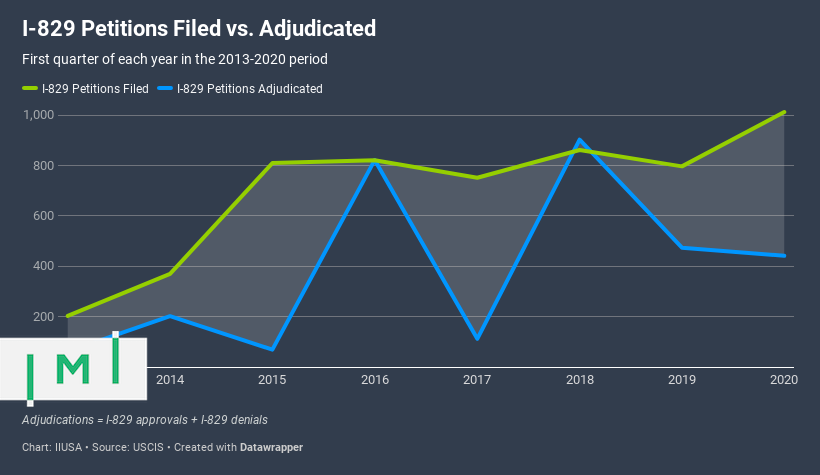 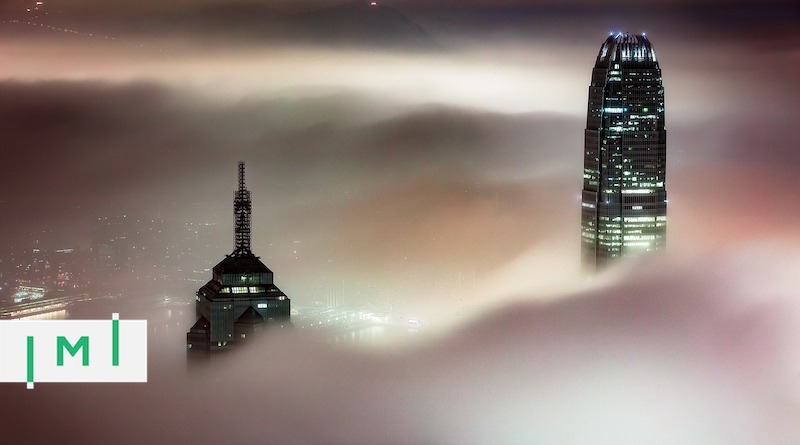 Investment Migration People in The News This Week: “An Inquiry Every 2-3 Minutes,” Says Hong Kong Consultant
“The day after that proposal, we received over a hundred calls,” said Andrew Lo, chief executive at Anlex, a Hong Kong-based immigration consultancy firm.