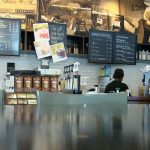 Thanks to the rise in EB5 minimum investment requirements – from US$500,000 to US$900,000 – and a backlog that shows few signs of abating the short term, those interested in immigrating to the USA have started seeking other, more financially viable, pathways. Among the prime beneficiary of this search for alternatives is the E2 visa.

The E2 is a non-immigrant visa; no matter how successful the applicants are and how well their businesses perform, they will never be able to obtain a US Green-Card through the program. This alone has made many RCBI firms shy away from offering it, and made many applicants dismiss the notion of the E2 as a viable, long-term solution.

But the US remains, in the minds of millions of potential emigrés around the world, a holy grail of immigration destinations. Members of this hardcore American Dream fanbase, therefore, are turning to the E2 in greater and greater numbers, the visa’s shortcomings notwithstanding.

Read also: Turkey is Giving Grenada a Run For Its E2 Money, Three More Competitors Waiting in The Wings

Throughout a series of upcoming articles, we will take deep sips of the E2 statistics cup, exploring in detail the data behind one of the investment migration market’s rising stars.

The E2 is on a rising tide. The US Government Accountability Office (GAO) recently published a report in which in analyzed E2 visa processing data. Taking the period between 2014 and 2017, we can see that the E2 has seen more and more adjudications take place, increasing, on average, 9% a year.

While a handful of applicants each year are rejected for reasons related to national security, criminal backgrounds, fraud, and misrepresentation, the overwhelming majority of those turned down were rejected for relatively innocuous reasons; they were either not qualified to apply in the first place, or they submitted incomplete applications.

The E2 is not atypical among entrepreneurship-based programs for rejecting applicants mainly for not properly applying. If the applicant is not qualified to run the business – be it for lack of experience, education, or professional track-record – the petitioner’s chances are slim.

Read also: E2-Shortcut to the US: The New Must-Have for Citizenship by Investment Programs?

That tells us that simply having the wherewithall to apply for E2 isn’t enough; you need the experience to match as well. In 2017, authorities rejected nearly a quarter of all petitions from investors. That’s a high number, and could be discouraging.

We can, however, find some solace in that firms who market the E2 to a qualified crowd of entrepreneurs and perfect the process of documentation, the E2 can be a high-volume goldmine.

Read also: In Last Decade, E2 Brought 5 Times More People to the US Than EB-5 – and Likely More Money Too

Want to know more about the US E2 program? To see recent articles, statistics, official links, and more, visit its Program Page. To see which firms can assist with applications to the program, visit the Residence & Citizenship by Investment Company Directory.