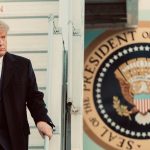 Politico say four separate sources familiar with the matter claim the Trump administration is seriously considering a proposal to include an expansion of the EB-5 program in one of its planned Coronavirus rescue bills as a way of boosting job creation.

Politico also reports that Trump ally Sen. Lindsey Graham (R-SC), who heads the Senate Judiciary Committee, is the chief advocate of the proposed EB-5 expansion, while Republican lawmakers – notably those from rural constituencies who have, for years, argued that rural areas are not garnering the benefits from the program that they are supposed to – are expected to resist the proposal.

Just five months ago, the same administration enacted new rules that saw the minimum investment requirement raised from US$500,000 to US$900,000.

The outlook for American business, of course, has changed drastically since then and even proposals that might have seemed outlandishly improbable just a month ago – including direct cash payments to citizens, effectively a universal basic income – are now not only plausible but also probable.

Grahams assurances notwithstanding, as fear and uncertainty give rise to broad popular demands for politicians to “do something” quickly, no proposed government measure – real or imagined – can be ruled out.

Want to know more about the US EB-5 program? To see recent articles, statistics, official links, and more, visit its Program Page. To see which firms can assist with applications to the program, visit the Residence & Citizenship by Investment Company Directory.