Saint Lucia CIP Boosts Commissions: High-Volume Agents Get up to 20% 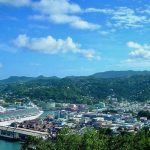 In a bid to catalyze application volumes, the Saint Lucia Citizenship by Investment Programme will be offering agents a commission on donations on a sliding scale of 10-20%. Whether any agents will deliver enough applications to qualify for such commissions, though, is far from certain.

In a circular issued yesterday, the Saint Lucia Citizenship by Investment Unit (CIU) lays out the following incentive structure for agents and promoters of the CIP:

The Unit points out that the incentives are intended for the registered Promoters who refer successful applicants to the program (via accredited local agents) to the CIP. In those cases where the local accredited agent is the sole originator of the applicant, the local agent alone will collect the entire commission.

In instances where agents/promoters contribute fifty or more clients (entitling them to commissions beyond the previous standard of 10%), the CIU will pay out commissions retroactively, with the local agent held responsible for paying the commission to the promoter for files submitted on the Promoter’s behalf or “in conjunction with the Promoter”.

One Saint Lucia CIP promoter, who did not wish to go on record, questioned the feasibility of the new incentive structure, pointing out that very few – if any – international promoters would have the capacity to deliver enough clients to be able to enjoy the higher commissions.

For the 2018-19 fiscal year, the aggregate number of approved applications under the Saint Lucia CIU reached only 210, up from 188 the year before. “Only one, or maximum two, Promoters could ever get near 50 files,” said the service provider. No single Promoter has ever come close to submitting 100 applications, let alone 130. “Even the top three Promoters could not realistically reach 130 applications,” he adds.

Speaking to IMI, Nestor Alfred, the helmsman at the Saint Lucia CIU, confirms that no single agent has ever filed more than 49 files in a calendar year but, he remarks, “this commission was not just gotten from the ‘skies’ but there was some level of dialogue and as much as this may be unattainable for, maybe, most Promoters, there are players who can drive these numbers.”

Alfred’s comments indicate the new incentives were formed after consultations with the large firms that might supply the requisite volumes.

“The focus here is to incentivise those who can drive the numbers and every one gets a piece of the pie whether its one or 300 applications submitted. We have to find ways to increase numbers other than the route of price reductions which I don’t fully support. Further, we are committed to paying the commission payments and the industry knows all too well that we top the list in making those payments in a timely manner.”

Want to know more about the Saint Lucia CIP? To see recent articles, statistics, official links, and more, please visit its Program Page. To see which firms can assist with an application to the program, visit the Residence & Citizenship by Investment Company Directory.