Saint Kitts’ Real Estate Scrape Has Blown Over – What Has Changed to Prevent Future Ones? 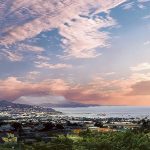 The Saint Kitts and Nevis government began the year with a crisis of confidence in its CBI real estate sector. Allegations of substantial fraud in their program saw a police investigation open, and Dubai’s Savory & Partners lose its status as an International Marketing Agent.

To politicians in the nation’s capital of Basseterre, the exclusion of Savory & Partners from any future participation as agents in the nation’s CIP would – ideally – have brought this episode to a close. Today, however, questions linger.

Every case of perceived mismanagement – real or imagined – not only damages the reputation of St Kitts and Nevis globally but the future viability of its CIP too. With the end of 2019 now within sight, the relevant authorities have had ample time for review and reform. Is the nation now standing in better stead and more likely to avoid such reputationally harmful incidents in the future?

Escrow law, application-switching at a price
It would be unfair to say the government has done nothing. Authorities have taken a handful of critical steps to ensure the program’s integrity.

First, it introduced a new escrow law that will prevent developers from selling units in CBI-projects that remain undeveloped by making payouts from the escrow account contingent on the fulfillment of construction milestones.

Second, it’s raised the cost of switching between options after an application has been filed to US$25,000. Application-switching without the applicant’s knowledge or consent was, of course, central to the fraudulent practices that had been permitted to gain ground in the program and which led to February’s misadventures.

Make a show out of addressing security concerns
Beyond ongoing worries surrounding the conduct of some migration agents, security concerns remain. At least, that’s the pretext the program’s opponents often use for advocating its closure.

An individual can apply for a CIP and get a passport in 60 days or less. They can also do so without needing to complete an interview in-person – or indeed meet any residency requirements before being given a passport.

The government insists due diligence is very rigorous, and it may well be, but that does little to mollify the ostensible concerns of the EU or the State Department. Expanding the timeframe and implementing more stringent residency requirements would not fundamentally damage the CIP’s value, but would help allay international security concerns. But the government has not – publicly, at least – considered such measures.

Tax Americana
Trump took office promising to pursue American companies that he held were unfairly shifting jobs and profits overseas. Whether or not the ‘Trump Era’ continues with his re-election in 2020, the strong push by many current frontrunners in the US Democratic Party presidential primaries like Bernie Sanders and Elizabeth Warren to tax multinational businesses who pay little-to-no tax domestically means odds are good that, whoever occupies the White House in 2021, the Americans will be pushing hard for international tax reform.

The political sea change in the US, furthermore, has been accompanied by broader efforts in countries like France and Australia to see to it that profits that businesses earn locally be subject to local tax.

The principles of international law affirm that no nation may dictate another’s laws, so St Kitts and Nevis can always maintain a CIP as they define it. That said, just as the leaks of the Panama Papers have seen the EU exponentially ramp up pressure on nations it holds to be tax-havens, St Kitts and Nevis could find the near future is a particularly inauspicious period for having another scandal. Especially because many CIP applicants will face increasing pressure to domicile and tend to their financials in their native nations.

A country’s CIP does not need to end for the nation to lose colossal revenue from it. It’s enough for its CIP to sustain a reduction in perceived value – such as through a host of other countries ending visa-free privileges for its passport. Under those circumstances, with so many competing CIPs in the region, such a blow could be massive to the future viability of the Saint Kitts & Nevis CIP, if not, indeed, its GDP.

The task ahead for the Kittitian government is to pursue reforms that prevent another controversy arising. Now is the time to get all your ducks in a row and not give anybody – not the OECD, not the EU, not the US Treasury – the excuse they need to decimate your CIP.

The post Saint Kitts’ Real Estate Scrape Has Blown Over – What Has Changed to Prevent Future Ones? appeared first on Investment Migration Insider.