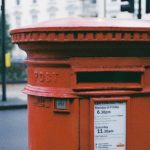 Every week, the editor of IMI receives a variety of questions and interesting comments pertaining to the residence and citizenship by investment market. Many of the questions are recurring. Rather than answering the same question multiple times to individuals, we’ll be posting answers to them in a public format.

We, therefore, invite you to send in your questions and comments to our administrative assistant (alexandra@imidaily.com) who will share these with the editor who, in turn, will answer the most interesting queries and share the most insightful comments in articles on IMI, at unspecified intervals.

“In the short and long term, will the Coronavirus pandemic and the attendant economic crisis make those investment migration programs that have a real-estate component relatively more attractive?”

In the last month, I’ve probably had 60-70 conversations with investment migration professionals from – literally – every continent except Antarctica, including with RCBI-advisors, developers, and program officials. All these chats give me data points that I use to form a global snapshot of the way the pandemic is affecting the investment migration market.

Almost unanimously, the citizenship/residence consultants I speak to say they are getting way more phone calls and emails than what’s normal for this time of year. Yesterday, for example, we reported how one Vanuatu CIP provider said his deal-flow had doubled in March and that he was increasingly getting inquiries from what we think of as “first-world” countries with good passports.

People everywhere are anxious and many have seen their visa-freedoms severely restricted, a phenomenon they never expected to see and one that is totally new to them. People who were on the fence are not on the fence any longer.

So the demand is definitely still there.

At the same time, many applicants are pulling out. Notably, those prospective applicants who had significant exposure to equities. They are not as rich as they were a month ago and many are perilously illiquid. Applicants in this category are telling themselves that now isn’t the time to be spending money.

Other investors, however, are putting their golden visa plans on the backburner, not over a lack of cash but because they anticipate bargains in the real estate market in the months to come and don’t want to buy at the peak of the market. This is probably a prudent move.

But even in the face of what will surely be a global recession, a drop in the nominal prices of housing isn’t a foregone conclusion.

In an economic downturn, all else being equal, property prices should fall as large segments of the population have less money to spend due to loss of income and a fall in the value of portfolios. Worsening economic prospects, in brief, puts downward pressure on the value of almost all kinds of assets that are no “haven” assets, like treasuries.

But all else is not equal.

Over the last three weeks, central banks around the world have essentially committed to printing unlimited amounts of fiat currency (I hesitate to call it money), while governments have introduced trillions of dollars in rescue packages. The net effect of such measures is that the money supply is now expanding at a rate we have scarcely seen before in the industrialized world.

When new dollars enter circulation, all existing dollars lose a little bit of value in real terms. This, technically, is what we call inflation of the money supply (slightly different from consumer price inflation).

More currency in circulation, in the absence of new products and services coming to market, puts upward pressure on the nominal prices of the kinds of assets you can’t simply wave a magic wand to make more of, like houses, gold, soybeans, bitcoin, or oil.

How the nominal prices of homes will fare in the next few months depends on which of these two forces – downward pressure due to less economic activity and upward pressure thanks to quantitative easing – is the stronger.

Here are three possible scenarios for what could happen to the nominal prices of global real estate:

Whichever turns out to be the case, that the price of housing in real terms (i.e., adjusted for inflation) will fall in the near term is a virtual certainty. My bet is that they will fall in nominal terms as well.

But, if you are among those lucky enough to have been cash-rich at the time of the crash, you’ll probably want to use that cash to buy tangible assets at some point soon because the real value of the dollars/euros/yen/kroner in your current account is eroding by the day.

“But isn’t the dollar getting stronger?”

Well, relative to the other fiat currencies around the world, sure. Relative to actual stuff, no. As far as fiat currencies go, the dollar may be one of the best options in the near term, but that’s only because other currencies are losing their value in real terms even faster than the dollar. As long as the assets you hold are of the kind that can be supplied in unlimited amounts, you don’t want to hold too much of it for too long.

But there’s another element that could make real estate-based residence and citizenship by investment programs more attractive.

Price cuts
In the long term, as each unit of currency gradually loses value (some faster than others), RCBI programs around the world will raise their minimum investment requirements to adjust for inflation.

But that’s in the long term.

There are plenty of small and developing states with RCBI programs that need cash today. Especially those whose economies rely on tourism. Some of these jurisdictions have already begun to offer discounts on due diligence and government fees. Expect more of this in the near term.

Conclusion
So, will real estate-based RCBI programs become more attractive due to the crisis? If by “more attractive” you mean cheaper, the answer is probably yes, and the reason for that is the quadruple whammy of

More from the Reader Mailbox series: