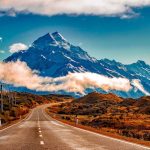 The first quarter of New Zealand’s 2019-2020 reporting year ended on September 30th and figures released this month indicate the performance of the country’s investor visas is on a decidedly downward path.

Among applicants to the NZ$3 million category 2 option, New Zealand approved 36 and rejected 27, a 15% year-on-year decline. In the NZ$10m category 1, the negative trend was even more pronounced; 14 main applicants were approved, while two were rejected, which, on an annualized basis, represents a 27% decline compared to the 2018-19 reporting period.

Revenues, consequently, are down to a corresponding degree in each category but, since the drop in applications for the more expensive category 1 option was sharper, overall revenue is down by 22% on the year. In the first quarter, the two categories combined raised NZ$248 million.

While the rate of rejection fell from 22% to 13% in category 1, it was up from 35% to 43% in category 2, which processes a greater number of applications. On a cumulative basis, New Zealand’s rejection rate is now at 33% overall, likely the highest such rate among any investment migration program.

Chinese applicants are still the largest nationality group for Kiwi investor visas; including Hong Kong, they account for some 66% of approvals and 70% of rejections.

But rates of rejection are not equally distributed among nationalities; While only 17% of Indonesians are turned away, nearly half of South Africans received a negative response to their applications. Malaysians, Russians, Chinese, and British applicants all saw rejection rates exceed 30%.

What’s behind the decline?

Part of the explanation for the decline in category 2 is its doubling in price in 2017. This explains the relative drop in interest for the subsequent reporting period, although not necessarily for the current one. Nor does it explain the reduction in category 1, the price of which has not changed.

A more probable cause for the decline is one that affects both categories equally; New Zealand’s new government last year introduced a law prohibiting non-resident foreigners from purchasing existing residential properties. While real estate is not a qualifying investment under either category, the overlap between those who participate in the investor visa program and those who wish to buy a home before applying for residency in the country is non-negligible.

Want to know more about New Zealand’s investor visa program? To see recent articles, statistics, official links, and more, visit its Program Page. To see which companies can assist with applications to the program, visit the Residence & Citizenship by Investment Company Directory.