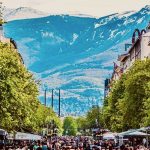 On March 20th this year, the Bulgarian Government published a draft Bill with proposed changes relating to the citizenship by investment programme.

Amendments to the programme had previously been proposed in March 2019 but were never adopted and the Bill did not reach an advanced reading in the Bulgarian Parliament.

The recent proposals alter the first stage of the process; permanent residence. It is not yet clear if this latest proposal will be adopted as currently constituted and whether further changes will be proposed.

We describe below the proposed changes as they are proposed.

New Permanent Residence Options
The current option to invest in Bulgarian government bonds will no longer be eligible. Instead, the following substitutes are introduced:

(A) Acquisition of shares in a Bulgarian collective investment scheme (CIS) with a market value of no less than € 513,000 provided that:

(B) Acquisition of shares with a value of at least € 513,000 in Alternative Investment Funds (AIF), provided that:

(C) Investment in the capital of a Bulgarian company for an ongoing or completed priority investment project (PIP), certified in accordance with the terms and procedure of the Bulgarian Investment Promotion Act. The required amount, in this case, is no less than BGN 2 mln (~€1.025 mln)

More information on PIPs, you may find in our previous article.

Grandfathered Options
(D) Investing in the shares of a Bulgarian company traded on the Bulgarian Stock Exchange has been preserved. However, the amount is now proposed to rise to 2 million leva (~€1.025 mln).

(E) Lastly, investors will still have the option to contribute to the capital of a Bulgarian private company (€3 mln).

Proposed timeframe
All investments should be maintained for a period of 5 years from the time of its making. Monitoring of the investment is yet to be further implemented by way of changes to the respective secondary legislation.

The current universe of CIS, AIF, and AIFM
To date, Bulgaria has two multilateral trading facilities, namely BSE International and MTF Sofia. There are over 130 CISs available for investors to choose from. There are currently also 11 AIFMs.

Citizenship Options
Standard Track: As before investors under the standard track will be able to apply for citizenship five years after becoming permanent residents.

Fast Track: A Fast Track option will still be available.

People who have obtained permanent residence on the basis of investing in a CIS, AIF/AIFM, a Bulgarian listed-company, or in a PIP will have two options to speed up the process of naturalisation:

An interesting option is available to those who choose to invest in a PIP at the first stage when applying for permanent residence and have invested at least BGN 2 mln (~€1.024 mln). They will not be required to make additional investments to qualify for naturalisation under the Fast Track option.

These proposed changes would give investors a lot of flexibility to suit their investment styles. If approved as they are, the majority of the fast track routes will be similar to that of the US EB-5 programme, which is very popular amongst investors.

People who have contributed 1 million euro to the capital of a company that has carried out or is carrying out a priority investment project will not be required to make further investments; they will be eligible to apply for citizenship after one year of becoming permanent residents.

Spouses
Family members of the investor will continue to benefit from the programme. Spouses of applicants under the Fast Track will now be eligible to apply for citizenship after only 3 years of holding permanent residence as opposed to the 5-year period which now applies.

Options for Residents who have invested Bulgarian government bonds?
The most important question for existing investors is what happens if they have already started the process. How will any changes in the programme affect their applications?

Our view is that permanent residents should still be eligible to apply for citizenship under the Standard Track even if changes to the residence options occur.

Those who wish to opt for the Fast Track will need to make the second tranche of the investment in the form of a contribution to the capital of a company, which is carrying out or has carried out a PIP.