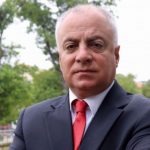 In a communiqué circulated last week, Luís Lima, President of the Portuguese Association of Real Estate Professionals and Companies (APEMIP) expresses concern that authorities will become overzealous in their pursuit to reform the ARI (colloq. the “golden visa” program) to channel a greater share of program investment toward less developed regions and non-real estate assets.

In October last year, as part of a broader outline of official plans for its second term, Portugal’s center-left government declared its intention to revise the ARI with a view to directing program funds “preferentially toward low-density regions, investment in job creation, urban requalification, and cultural heritage”.

Local residents, European institutions, and the local left-wing opposition have, for the last few years, pressed the government to find ways to encourage a more even distribution of investment benefits, both across geographies and sectors. While investment requirements are already lower for preferential projects (required amounts for investments scientific research, cultural heritage enterprises, and real estate in zones designated for urban regeneration, for example), the price differential has not been sufficient to materially alter investor preferences.

Such rumors, coupled with the government’s not having included private sector associations in their deliberations, have representatives of APEMIP nervous.

“I understand this differentiation and the incentive to invest in areas that need it,” says Luís Lima. “I have long been a believer in the decentralization of real estate investment and I strongly believe in the potential of our country. However, I fear that the delimitation of the areas that will benefit from this distinction will eventually leave out regions that also need incentives for investment to reach them.”

Lima’s chief concern is that the government will implement extended price differentials based on the relative performance of metropolitan areas, rather than at the individual municipality level.

“Portugal is a small country with good roads,” continues Lima. “Cascais, for example, is in high demand among foreign investors (particularly Brazilians) and is about 50 km from Lisbon. For foreigners, the distance becomes irrelevant. Just as it is sold in Cascais, it can be sold in Alentejo. What is far for us, for foreigners is not.”

“Not shocked” if asking price doubles in Lisbon and Porto
Lima acknowledges slight adjustments may be warranted to ease some of the pressure on property hotspots, perhaps by raising the investment requirements in these areas to as much as a million euros. What he fears, however, is that the government might put an end to investment in Porto and Lisbon altogether.

“I recognize that there may be a need for adjustments in real estate pressure zones, such as Porto and Lisbon. Given current demand and supply shortages, it is normal for prices to rise. I would not be shocked that in these particular municipalities, the minimum investment value went from 500 thousand euros to one million. However, I would absolutely disagree with the ending of the possibility to invest in these municipalities under the program. It would be a very negative sign for the market. What message would you give to investors? Who can tell you that in the areas that will now be differentiated, this possibility will not end as well? Changing the rules in the middle of the game will always be negative, and the signal will always be worse than the eventual benefits of the measure.”