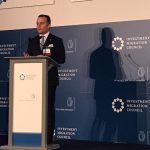 After seven months of investigations into allegations brought against Jean-Philippe Chetcuti in a selectively edited hidden-camera report last year, the Investment Migration Council (IMC) has concluded that Chetcuti did not violate its Code of Ethics and Professional Conduct and has, consequently, remove the temporary suspension imposed on his membership in September.

A statement published on the IMC’s website yesterday reads:

When a video surfaced on French TV last year appearing to show Chetcuti hinting that his firm would receive MIIP application-related advantages thanks to political connections, the Malta Individual Investor Programme Agency (MIIPA) temporarily suspended the licenses of both Chetcuti himself and that of his law firm. The IMC quickly followed suit in suspending the license pending an investigation.

IMI, which saw the video on the same day that it aired, pointed out that Chetcuti did not, in fact, make any of the alleged claims and that the conversation in English, barely audible underneath the French doublage, was clearly exculpatory.

In November, following a detailed review of each of Chetcuti Cauchi Law Firm’s submitted applications, the Office of the Regulator of the Individual Investor Programme (the ORiip) concluded its investigation into the matter, after finding “no evidence of collusion”.

While the investigations were characterized as precautionary, the suspensions were pre-emptive.

Last year, Chetcuti Cauchi took legal action in France against the TV channel, which was ordered to release the raw footage from which the reporters had cut the scenes in question. Dr. Chetcuti confirms in a message to IMI that his firm is now suing the network for damages.

Reacting to the news, Dr Jean-Philippe Chetcuti stated “we welcome the finding by the IMC that the unedited raw footage reviewed by this professional body contradicts the assertions made by the French media. We appreciate the thorough scrutiny of this and the Report of the IIP Regulator and welcome the IMC’s conclusions wholeheartedly.  Chetcuti Cauchi is a firm built on strong ethical principles and we have full faith in the honourable conduct of our representatives.”