“New Global Hierarchy of Mobility”: Investment Migration People in the News This Week 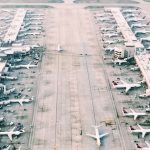 Americans get a taste of travel restrictions, the bona fides of EU-criticism of RCBI is questioned, and Caribbean CIPs are in a bind.

Forbes: Investment Migration And The State Of Play In Europe

Chief Executive of the Investment Migration Council (IMC), Bruno L’ecuyer, pens a meticulously substantiated rebuke of the one-sided manner in which European political bodies have dealt with the question of investment migration.

[…]Investment migration is indeed a sensitive and highly politicized matter. This is primarily because of the money involved in trade with (what seem to be) non-tradable goods. Money makes investment migration different than other forms of facilitated naturalization, such as fast-track naturalization of talented sportsmen or naturalization through marriage or ancestry. Yet, sensitivity and politics are one thing; law is quite another. In the eyes of the law, citizenship and residency through investment are perfectly legal ways of acquiring citizenship or residency in the country providing for such options and not much different from other legal ways of facilitated naturalization or immigration.

CBC Radio: US Citizens No Longer Have Access to Most of The World – The Global South Never Had It

Dr. Dimitry Kochenov – chair in European constitutional law and citizenship at Groningen University, as well as the author of the book Citizenship – illustrates how the allocation of citizenship by happenstance – such as where you are born or where your grandparents are from – is arbitrary, unfair, and generative of global class divisions that grow not out of merit but of blind luck.

“If you are Sri Lankan, if you’re Iraqi, if you are a Central African, […] then you are not welcome anywhere,” he said.

“And instead of rights, your citizenship actually gives you liabilities because it locks you in a poor space where you cannot possibly realise your potential.”

Kochenov said that the COVID-19-prompted travel restrictions are likely temporary, and there’s a high chance that U.S. citizens will regain their broader ability to travel, once the pandemic ends.

For example, though the European Union recommended that member-countries ban U.S. residents from entering, current American citizens living in Europe are not being expelled.

The biggest concern for Kochenov remains whether politicians will use the opportunity to keep borders closed to potential immigrants from around the world.

“This situation […] unfortunately, is perceived by some parts of our occupations as normal. So the task number one now in Europe and elsewhere is to ensure that the world opens up at least to the same level which we could observe before the pandemic has started,” said Kochenov.

Forbes: US Passports Are Now On Par With Mexico As Freedoms Are Cut

Border closures initially heralded as temporary emergency measures have dragged on. As some entry bans enter their seventh consecutive month, the live-tracking of passport mobility scores have become a disconcertingly durable feature in the news.

“We see an emergence of a new global hierarchy in terms of mobility, with countries that have effectively managed the pandemic taking the lead, and countries that have handled it poorly falling behind,” says Christian Kaelin, chairman of Henley & Partners.

Almost every citizen in the world is now more restricted in global travel than before the coronavirus-pandemic. The exceptions are Japan, which tops the Index, South Korea and Uruguay, whose citizens are still able to travel to the same number of countries.

However, there is more upheaval to come, says Kaelin. The pandemic has shown us that countries can shut their borders to certain nationalities at a moment’s notice.

“Numerous governments will use epidemiological concerns as a justification for imposing new immigration restrictions and nationality-targeted travel bans,” says Prof. Dr. Yossi Harpaz, an assistant professor of Sociology at Tel Aviv University [and author of the book, Citizenship 2.0: Dual Nationality as a Global Asset].

Dr. Kochenov, this time appearing in the New York Times, demonstrates that travel restrictions to which Americans – otherwise accustomed to being welcomed across the world – are now temporarily subject presents an opportunity for them to walk a mile in the developing world’s shoes.

Mr. Kochenov pointed out that simply focusing on the erosion of freedoms for American travelers missed the bigger picture. Many countries have introduced internal travel restrictions that limit movement among regions, states or other local jurisdictions.

And most of the current restrictions are expected to be temporary. Americans may not like having their travels limited for now, but it is likely to be for the short term. Others will continue to face a tougher reality.

“The majority of the population of the world will never be able to fly to Europe no matter what,” Mr. Kochenov said, because of visa restrictions or lack of money.

“The pandemic simply demonstrates to Americans what the rest of the world has already known about the main function of nationality in the world.”

Bloomberg has picked up on the Caribbean CIP-countries’ response to its biggest crisis since the 2017 hurricane season – the simultaneous faltering of its two chief revenue generators, tourism and CBI.

“In these days of Covid, when tourism is not happening, we have to find ways to create revenue to sustain our economy,” said Les Khan, CEO of St. Kitts and Nevis Citizenship Investment Unit, in a phone interview.

“Clients look at these citizenship options as volatility management or risk management tools,” said Paddy Blewer, director of the U.K. office of Henley & Partners, a London-based consultancy that provides advice on citizenship and residencies.

Since it launched its program in 2015, the nation of 182,000 has given passports to about 700 people, said Nestor Alfred, the CEO of the St. Lucia Citizenship by Investment Program.

The program “provides a wonderful avenue for all those persons who have not had the possibility to participate in this big wide world because of their passport,” he said in a phone interview.

“In the past there has been a tendency toward lowering prices, but the current cuts seem to be temporary and Covid-19 related,” she said.

Dr. Kochenov wraps up a busy media week by reiterating his central thesis through an opinion piece in which his trademark caustic wit gets ample room to express itself.

Given the radical differences in quality between different citizenships around the world — some bringing amazing rights, others merely poisonous liabilities — the randomized totalitarian assignment endows citizenship with its core function: the preservation of global inequality.

Distributed like prizes in a lottery where four-fifths of the world’s population loses, citizenship is clothed in the language of self-determination and freedom, elevating hypocrisy as one of the status’s core features. Even considering the truly minuscule proportion of the world’s population that ever changes its citizenship, the grip of citizenship on our lives is close to absolute, even if it is at times unnoticed. Citizenship’s connection to “freedom” and “self-determination” usually stops making any sense at the boundaries of the most affluent Western states. Citizenship, for most of the world’s population, is thus an empty rhetorical shell deployed to perpetuate abuse, dispossession, and exclusion. It is a means of directing former colonials to their unenviable place, spiced with a delightfully attractive hint of nationalism.