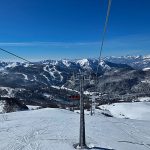 CBI real estate doesn’t necessarily have to come with beach cabanas and fruity cocktails; For Montenegro’s upcoming citizenship program, the probable location of its first approved project is a quiet mountain town.

Vijesti reports that, during an investment conference in Budva this week, Damir Davidovic – State Secretary of the Ministry of Sustainable Development and Tourism – revealed the Ministry had already registered a hotel project slated for investment from economic citizens in the northern municipality of Kolašin. Davidovic commented that he was “particularly excited” about the project, which would constitute a part of a larger-scale, comprehensive ski-resort development (Kolašin 1600) that will include several hotels.

Among the government’s stated objectives for the citizenship by investment program is the economic promotion of Montenegro’s less-developed northern region. To this end, Ministry has built incentives into the program’s design that they hope will encourage citizenship investors and developers to favor the north and the interior of the country over the riviera-esque coastal regions and the country’s capital city, which are already attractive investment prospects in their own right; investment requirements – for both the developers and prospective economic citizens – are considerably higher on the coast and in the capital.

More on the Montenegro CIP: