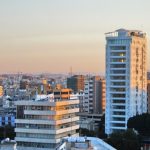 Moneyval, one of the EU’s chief financial watchdogs, has submitted a detailed report highlighting Cyprus’ efforts in combating money laundering (ML) and terrorist financing (TF) within its internal financial structure.

The report provided its readers with mixed results, praising the efforts of the Cypriot government’s in its pursuit to enhance its financial due diligence processes, while simultaneously highlighting some weak spots that must be addressed.

Moneyval acknowledges crucial efforts but points out soft spots
The bright points highlighted the government’s ability to cooperate with the private sector as well as other countries in mitigating ML and TF risks; highlighting the supervisory practices of the Central Bank of Cyprus among other government entities in the ever-growing battle against financial mischief.

On the other hand, however, Moneyval has identified soft spots in the financial regulatory system that are in need of some fine-tuning. Moneyval urged the Cypriot government to become more proactive in fighting ML and TF issues and highlighted the matter of foreign funds (or proceeds) as the most daunting factor in potential ML or TF issues, and concluded that the registration of corporations and the citizenship by investment program (CIP) are avenues susceptible to abuse.

Read also: Cyprus to Enshrine CIP in Law and Put Applications on Hold in the Meantime

Using shell companies to move funds around is an old trick and, as Moneyval has highlighted, rigorous practices and ironclad supervision could well be the answer to combat ML and TF in the sphere of corporations.

The CIP, on the other hand, is a more sensitive subject. As one of the driving forces of the Cypriot economy, it would be absurd to label the CIP as a threat to the financial integrity of the EU member nation’s financial structure. It would not be as outlandish, however, to suggest that the Cypriot government exact greater comprehensive due diligence measures on some factors in the program.

The real estate portion of the program was mentioned multiple times in the Moneyval report; an industry with more lenient regulatory supervision and scrutiny than that of banking, the real estate sector is pointed to as having potential for ML practices, particularly under the auspices of the CIP because the funds are of overseas origin.

Moneyval claims that the risks the program poses to the financial sector in Cyprus are only understood by the government “to some extent” and that a more comprehensive assessment is necessary to better determine potential risks and gaps within the program.

The report does, however, recognize the steps that the Cypriot government is taking to ensure compliance with anti-money laundering (AML) and counter-terrorist financing (CFT) measures; the Ministry of Interior (the governmental authority overseeing the CIP) has appointed three due diligence firms in order to take a better proactive stance. The watchdog also acknowledged the intensified police action on combating organized crime, which covers possible ML and TF by foreign nationals which have obtained the Cypriot citizenship through investment.

The Ministry of Interior has also taken reactive steps in publicly stating its intention to revoke the citizenship of investors after investigating suspicious transaction reports (STRs) which did indeed show problematic financial dealings.

Because the Cypriot government does, indeed, look to enhance proactive processes while also keeping an eye on reactive ones, the Moneyval report has listed priority actions needed to safeguard Cyprus’ financial system:

1. The competent authorities should be more aggressive in pursuing money laundering from criminal proceeds generated outside of Cyprus.

2. The competent authorities should be more proactive at freezing and confiscating foreign criminal proceeds at their own initiative.

3. Cyprus should conduct a formal and comprehensive assessment of risks posed by legal persons and arrangements.

4. Cyprus should ensure that administrative service providers (ASPs) take action to enhance their ML & TF risk understanding and apply preventive measures commensurate with the risks, including by providing more guidance, training, and feedback.

5. The Cyprus Bar Association should strengthen its authorization procedure. All ASP supervisors should continue developing the application of the risk-based approach to supervision. Effective and dissuasive sanctions should be imposed for breaches of AML & CFT requirements.

6. The supervision of the real estate sector should be significantly enhanced, and measures should be taken to increase the level of compliance with preventive measures by real estate agents.

8. Measures should be taken to increase ASP understanding of the risks of targeted financial sanctions evasion.

9. Cyprus should proceed with the implementation of a risk-based approach framework to the non-profit sector.

We conclude from the above list that the major points concerning the CIP are numbers four, five, six, and seven. Points that any battle-hardened RCBI professional would agree with.

Cyprus could take note of other programs such as the Malta IIP, which has a four-tier due diligence system, or even Caribbean nations like St. Kitts & Nevis that, just last year, set higher due diligence requirements from banks that receive the investment amounts.

Supervision of real estate in Cyprus is crucial as well. While some RCBI professionals may argue that it could present unwarranted hurdles in a program that is already complex in comparison to its counterparts, many more RCBI professionals – those who have seen the dark side of the real estate market in the Mediterranean Island – may welcome further regulations.

The Cypriot CIP has undoubtedly benefited the economy of Cyprus, breathing fresh air into the real estate market, creating, fertile ground for future investments, and making it a hub for foreign investors to diversify their asset base; to label it a risk is a stretch too far. Nonetheless, more comprehensive measures could help maintain this program for years to come.

The IMC has also issued an official response to the report. The IMC’s chief executive, Mr. Bruno L’ecuyer states:

The Investment Migration Council (IMC) believes Investment Migration has been a force for good for the Cypriot economy, creating sustainable employment opportunities as well as an important source of debt free liquidity for the country, the economic benefits for a small sovereign state cannot be dismissed.

Every application from an investor migrant should be thoroughly vetted through a multi stage due diligence process to ensure the applicant and source of funds is entirely legitimate meeting international anti money laundering legislation and directives as laid out by the EU and other global policy makers such as the OECD who have done some very good work in this area.

In the area of due diligence, the IMC has recently published guidelines on minimum standards for governments and operators to adopt in their processes which harmonize the approach to dealing with this relatively new category of migrants, we recommend Cyprus like other countries with similar programs adopt these standards which will go some way to mitigating the risks highlighted by the report.

In brief, the conclusions of the report contained both praise and condemnation of the efforts put into the running of the CIP. It is now a matter of seeing how the Ministry of Interior reacts, and what implications that reaction may have on the investment migration industry.