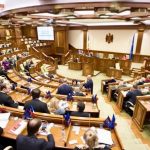 Following a final reading on Friday, the Moldovan Parliament voted to extend the already-expired moratorium on the country’s citizenship by investment program until September 1st this year.

The ostensible purpose of the extension – the second in three months – is to give authorities more time to ascertain any risks pertaining to the program. By the time the current moratorium expires, the government will have had a full 13 months to do just that.

In the first reading, the government’s draft law proposed to extend the moratorium until January 2021, but this period was shortened by four months in the second reading. Opposition MPs had also insisted on removing a legal provision that would ensure the concealment of CIP-applicants’ identities, which means the names of program participants may now legally be divulged (although it is far from certain that they will be). In its final reading, the bill gained support from both sides of the aisle.

The government, represented by Secretary of State of the Ministry of Economy, Iuliana Drăgălin, said it wanted to use the extension to “improve the law”, which, it emphasized, “brings benefits to the state”.

The government indicated it also wished to make use of the moratorium period to assess the costs associated with the program. “We want to attract investments, which will contribute to the country’s development and opening of new jobs. Yet, we want to give assurances to the worried people that the risks are minor for the country’s security,” argued Drăgălin, according to MoldPres.

The fate of the program has been in flux since lawmakers introduced the initial moratorium in August last year. The first moratorium expired in December, whereupon it was extended by another two months. That extension, in turn, expired on February 24th and, for the next four days, the program was neither on a moratorium nor active, until yesterday.