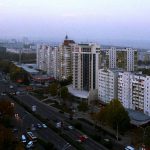 Moldova’s state news agency Moldpres reports that the country’s citizenship by investment program, which formally opened in November 2018 and subsequently began what was termed a four-month moratorium in July this year, will remain on hold for at least another two months.

The program, which was slated for re-opening this month (the moratorium, while imposed in July, did not take full effect until August), will now see its moratorium stretch until February 20th due to a formal Cabinet Decision approved yesterday.

For the next 30 days, the report says, the Ministry of Interior, together with the National Anti-Corruption Center, the Intelligence and Security Service and the Service for the Prevention and Combating of Money Laundering will submit a report to “the commission for the consideration of the file for getting the citizenship through participation in investment programme” which will assess any “risks for the state’s public order and security, corruption, and money laundering[…]”

It is on this report that the Commission will evaluate and work out a “consolidated report”, which it will submit to the government, who, in turn, will make a final decision as to the program’s future.