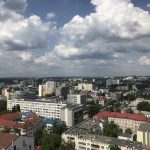 An article in Moldovan news site UniMedia says the government has tabled a draft law that would subject the country’s CIP to a four-month moratorium.

The same publication further posits that all applications filed before July 1st “will be processed in full”.

Henley & Partners, one of the program’s concessionaires, stated the following after a request for comment:

Currently, there are 2 independent legislative initiatives:

Law no. 1 was initiated by a group of members of the Parliament, members of ACUM, and passed the 1st reading. The 2nd reading is not yet planned, because the draft is subject to the opinion of the Government.

Any legal initiative (whether submitted by a group of members of the Parliament or by the Government) can be withdrawn only by the authors, or can be rejected by the Parliament (whether in the 1st or the 2nd reading).

It is likely but not self-evident that after the moratorium, Law no. 1 will be withdrawn.

Want to know more about the Moldova Citizenship by Inve