Malta Joins Cyprus in Standing Up to Eur. Commission: MIIP More Valuable Than Ever Right Now 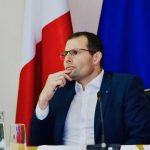 Last week, we reported that the government of Cyprus had rejected another round of European Commission demands for a “phasing-out” of citizenship by investment programs among EU member states, responding that Cypriots saw “no reason why it should be stopped”.

On Friday, the government of Malta, having received the same request, issued a statement politely indicating that, while it would be happy to listen to suggestions from the Commission as to how their Malta Individual Investor Programme (the MIIP) might be improved, it had already decided to renew the program once its current iteration expires.

The government of Malta is engaged in discussions with European institutions with regards to the Individual Investor Programme, and has communicated its decision that, once the current scheme reaches its maximum limit, a revised programme will be launched.

The government has begun discussions with stakeholders, all of whom have reiterated their belief in such a programme.

Citizenship is a matter of member state competence. However, the government of Malta remains open to ideas that could further improve the programme. In fact, Malta was a catalyst for the creation of the ‘Expert Group on Investor Citizenship and Residence schemes.’ This group is led by the European Commission, and Malta, together with other countries, actively participates in this forum and has proposed ideas on how similar programmes can be strengthened.

This programme is proving to be a valuable contribution to Maltese society in challenging times. The majority of the investment generated from this programme has been retained, only to be used in the event of the country facing unexpected challenges, as has recently happened with COVID-19.

The importance of such a programme for an economy that has suffered from a devastating pandemic is growing, rather than diminishing.

Malta’s citizenship programme has a high level of due diligence and is the only one with an independent regulator. As a result, applicants rejected by Malta try in other countries.

As regards to media reports on the license held by the law firm in which the Prime Minister, Robert Abela, had a stake, it is worth reiterating that this licence was revoked on the day of his appointment as Prime Minister, the 13th of January 2020.​

The European Commission has long attempted, to no avail, to “encourage” its member states to discontinue both citizenship and residence by investment programs, citing hypothetical security concerns and claiming such programs pose a money laundering threat in spite of investment migration’s position as the most strictly controlled – and smallest – stream of EU immigration.

The Commission has also delivered veiled threats to prospective EU member states, aimed at preventing them from opening such programs of their own. In December, then-European Commissioner for Justice, Vera Jourova, hinted that the planned Albanian CIP could jeopardize the country’s EU membership chances.

The Commission’s efforts did not succeed during Malta’s and Cyprus’ high-growth years of 2015-19. As Europe now faces what may well turn out to be the most comprehensive period of economic distress in living memory, chances that countries would forego billions of euros worth of unencumbered state revenue to mollify Brussels are slimmer still.

Image via: Government of Malta