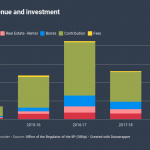 Malta’s Office of the Independent Regulator of the Individual Investor Programme (ORiip) has released its sixth annual report on the country’s citizenship by investment program.

The numbers offer but grim reading, as all arrows point downward for the program’s key performance indicators. In his foreword, the Regulator, Carmel L. De Gabriele, attributed much of the decline to what he called “consistent and highly inconsiderate bad publicity” and attempts to “deal a fatal blow” to the program.

“Unfortunately, the downward trend in applications for Maltese citizenship through the Malta Individual Investor Programme persisted during the period covered by this report,” wrote De Gabriele.

Driving the negative tendency, he pointed out, were “the consistent and highly inconsiderate bad publicity which has continued to prevail unduly both nationally and internationally towards such Programmes, (particularly and quite unreasonably the Malta Programme), and in part to the attempts made by a number of influential international organisations and institutions to deal a fatal blow to such Programmes based on totally unfounded pretexts and pretentions, (especially those unscrupulously levied at the Malta Programme).”

The Regulator also lamented “with utter dismay” that his many calls for inclusion in fact-finding missions initiated by the European Commission and Parliament had gone ignored and that they appeared to not even have read his office’s reports, and still found it necessary to express “deep concerns” about the program.

“[…] none of the fact-finding missions which came over to Malta from both the European Commission and the European Parliament as well as other institutions that have decided to criticize the running of this Programme have ever bothered to request a meeting with the undersigned or any of the members of my Office or seem to have at least carefully studied any of this Office’s past Annual Reports before expressing in one way or another their deep concerns over this Programme and have to-date continued to do so even after having made this amply clear in my last Report a year ago.”

The report has this year devoted eight full pages to a discussion of the multiple damning-yet-unsubstantiated reports commissioned by the above international institutions.

The numbers
In the period covering July 1st, 2018 to June 30th, 2019, the Malta IIP received 311 applications, down from 330 during the preceding year. During the same period, 115 applications were either rejected or withdrawn, while 237 were approved in-principle.

221 applications reached the final naturalization stage during the year, which resulted in 221 naturalized main applicants and 547 naturalized dependents. The numbers represent the lowest watermark since the 2016-17 reporting period.

The distribution of applicants’ regions of origin remained relatively constant; 38% of main applicants came from Europe (which includes Russia and Ukraine), 29% from Asia, 12% from the Middle East & Gulf Region, 9% from Africa, and 7% from North America. The remaining 5% came from the Caribbean, South America, and Oceania.

The MIIP raised some EUR 234 million during the year, the lowest amount recorded since 2015. Contributions accounted for about 70% of total funds raised, bond investments 14%, residential purchases 6%, residential leases 8%, and fees 2%.

The share of applicants who buy rather than lease homes in Malta reached a record low during the period; fewer than 8% of investors opted to purchase a home.

Average purchase prices also dipped this year to EUR 808,658, down considerably from the 1.2 million recorded last year. The value of signed leases reached its lowest point on record, at EUR 93,873.

The ratio of male-to-female main applicants remained unchanged on the year, with males accounting for 79% of investors.