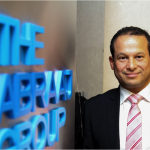 Mustafa Abdel Wadood, an Egyptian national who obtained citizenship in Malta last year through the country’s Individual Investor Programme, has pleaded guilty to charges of fraud and conspiracy. As a consequence, the Malta IIP’s authorities are indicating – although not openly stating that – they will revoke his passport, as well as that of his dependents.

Facing up to 125 years in prison, Wadood has admitted to deceiving investors as to the financial state of his Dubai-based private equity firm, the Abraaj Group.

“When things turned bad in 2014, I should have walked away. I considered it but didn’t. My commitment to Abraaj compromised the integrity of my judgment, and I ended up drifting from who I really am,” said Wadood in a statement read out in court.

Malta’s Individual Investor Programme Agency (MIIPA) may now revoke the citizenship of Mr. Wadood and his dependents. While the agency did not explicitly state that such revocation would take place, and would not comment on “individual cases”, it informed IMI in an email that “Malta takes these matters very seriously. When the authorities become aware of new available information, they investigate and look deeper in the case to take the necessary and appropriate action.”

MIIPA further commented to The Shift News that “in such cases, MIIPA takes all the necessary and possible legal steps to safeguard the integrity of the program. Instances do occur where the agency becomes aware of facts or evidence of wrongdoing after due diligence is completed and citizenship is granted.”