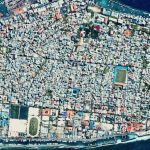 During a virtual meeting of the Maldivian Parliament’s Committee on Development and National Heritage last week, Minister of Planning and Infrastructure, Mohamed Aslam, proposed his country introduce a citizenship by investment program as a means of raising revenue and investment now that the pandemic has drastically reduced tourism revenue.

Aslam said that allowing investors residency and citizenship would be “a good idea” that would benefit both the country and its people, but took care to emphasize that this was merely his personal opinion, not official policy, according to Raajje. Many wealthy foreign nationals, he revealed, had expressed an interest in acquiring citizenship in the country.

The suggestion prompted responses from several of his colleagues. The Maldivian Democratic Party’s Parliament Group Leader, Ali Azim, backed the proposal, commenting that granting citizenship to long-term investors would be advisable. Former Defense Minister and current MP Adam Shareef, however, disagreed on grounds that a CIP might lead to the spreading of different religions and beliefs in the [predominantly Muslim] country, which could result in a “loss of national identity”, according to Maldives Times.

EU-aid tranches to Moldova contingent on abrogation of CBI-Law
Moldova must pass several legal amendments by the end of this week or risk losing its EUR 30 million second tranche of an EU macro-financial aid with a total value of EUR 100 million.

“Formally, we have time until the end of May. I understand that certain solutions, including the organization of online meetings, allow us to progress on certain topics. The agreed deadline was May 31, when the Government of the Republic of Moldova should report progress,” Foreign Affairs Minister Oleg Țulea told Publika.

Among the legal amendments demanded by the EU is the abrogation (repeal) of the law on citizenship by investment, explained PAS MP Sergiu Litvinenco.

Not qualifying for the second tranche, furthermore, would also disqualify Moldova from receiving the fourth tranche, worth EUR 40 million. Țulea, however, expressed confidence the government would receive the aid as Parliament had already passed several of the relevant laws.

“At last week’s meeting, two important laws were approved, namely the law on sanctions for money laundering offenses,” he concluded.

The Moldova CBI program’s concessionaire preferred not to comment on the matter at this stage.