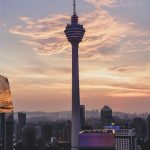 Investors filed 7,904 applications for the Malaysia My Second Home (MM2H) program in 2019, according to the Ministry of Tourism, Arts, and Culture, reports The Malaysian Reserve.

While the number of approved applications is, as yet, unknown, the program has historically had a very low rejection rate and we may presume the final approval figure will be less than 10% below that of applications.

The number makes the MM2H the world’s largest investment migration program by a wide margin; number two on the list in 2019 was the US EB-5 program, which approved 3,659 applications (as measured by I-829 forms).

Mainland Chinese made up some 35% of applications last year, revealed the Ministry’s Deputy Secretary-General, Mohd Zamri Mat Zain, at a meeting of program stakeholders in Kuala Lumpur last week. He also said the remaining applicant source countries in the top 10 in 2019 included South Korea, Hong Kong, Japan, Bangladesh, the UK, Singapore, the US, Taiwan, and India, but did not share country-specific figures.

The program’s director, Datin Sharifah Ikhlas Syed Ismail AlJaffree, said the Ministry was still reviewing some of its policies to attract more applicants in the future.

“It is ongoing. We are definitely looking at the engagement criteria that we have to do because it is very competitive. Now, when you look at this industry alone, there are 100 countries offering programs similar to MM2H. In order for us to be competitive, we must know what the other countries are doing,” she said, adding that the Ministry was also reviewing previously introduced investment incentives.

“We used to have tax exemption on cars until 2017, but they can also purchase or import cars. Besides that, the visa that we give them is renewable after ten years. Apart from spouses, they can also bring their parents, in-laws, and children here. We also allow them to invest and do business [so long as] they do not play a main role, as we do not allow them to seek employment here,” she added.

Most of the program’s participants have opted to settle in Kuala Lumpur, Penang, Johor, and Melaka. Among UK participants, Penang is the definite favorite. Americans, Koreans, and Singaporeans, meanwhile, favor Johor, said the program chief.

UK nationals Graham and Jill Brown immigrated to Negri Sembilan State, about an hour southeast of the capital, in 2009 and say they’ve never regretted their decision.

Until last year, foreign property buyers in Malaysia were subject to a price floor of MYR 1 million (about US$236,000). In October 2019, the government reduced that threshold to MYR 600,000 (US$142,000). Some states, however, have yet to implement the change, including the one in which the Browns reside.

“The problem,” the Browns say, “is that they made it MYR1 million strata title for foreigners, but there are no MYR1 million strata properties in Negri Sembilan. We have a huge 15,000 sq ft property in Port Dickson but, ten years ago, when we came, we were still young enough to maintain it. Now that we’re older, we want to scale down to a smaller property, but we can’t buy property in Negri Sembilan because they made it impossible for foreigners to buy [smaller properties]”.

Want to know more about the Malaysia M2H program? To see recent articles, statistics, official links, and more, visit its Program Page. To see which firms can assist with applications to the program, visit the Residence & Citizenship by Investment Company Directory.