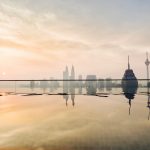 During the Malaysia My Second Home program’s 10th annual workshop in Putrajaya, Malaysia today, the Minister of Tourism, Arts, and Culture – Datuk Mohammadin Ketapi – revealed the program has raised MYR18.3 billion, or about US$4.5 billion, since its opening in 2002.

Minister Ketapi further revealed that visa fees alone had amounted to more than US$4 million last year, and that overall approvals to date had now reached 43,943. Applicants predominantly hail from China (32%), Japan (11%), and Bangladesh (10%), while the UK, Taiwan, South Korea, Singapore, Iran, Hong Kong, and India each accounted for more than 1,000 approvals.

The Southeast Asian golden visa came under criticism last year for having allowed an extensive backlog of applications to accumulate. By May this year, some 3,700 applications reportedly remained unprocessed, in part owing to a brief suspension of the program in 2018.

The Ministry has since taken steps to deal with the congestion, establishing a “Special Task Force to collaborate with the Ministry of Home Affairs and its Agencies, the Immigration Department and the Royal Malaysian Police, in an effort to process all MM2H outstanding applications submitted and received in 2018 as well as in 2019,” the Ministry informed IMI. Program authorities are now processing applications received in March of this year.

Hundreds of companies can assist with applications to the Malaysia M2H program. To see which ones, visit the Residence and Citizenship by Investment Company Directory.

Plans for end-to-end automation of case handling was “in the pipeline”, along with a “comprehensive study on the economic impact” of the MM2H.