Macfarlane: Don’t Write Off the Caribbean Yet – Here Come the COVID Relief Funds 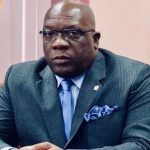 Virtual vs Functional Freedom of Movement? Wayne Hempson-Putt’s recent article “A Tale of Two Citizens” caught my eye and I thought I should comment on it, since I strongly agree with some parts and strongly disagree with others.

Since my last column piece for Investment Migration Insider, I lived through coronavirus myself and was out for some days with a high fever. As a very frequent traveler, the change of lifestyle has hit me as hard as anyone. It has given me time to think, and we are all learning a lot of lessons from this crisis. I am optimistic that some good will come of this.

I have long said that people should not invest in citizenships simply based on visa-free travel. Let me quote the following excerpt from my article from last July (Why Americans and Europeans Invest in New Citizenships):

Visa-free travel is a privilege, not a right. I am old enough to remember the so-called “Cod Wars” of the 1980s when Canada canceled visa-free travel for Spanish passport holders overnight during a spat over fisheries. Later, Canada revoked visa-free travel for both Hungarians and Mexicans (both since reinstated) while by pure coincidence I was living in those two countries. More recently we have seen the same with Saint Kitts and Antigua – we are still eagerly awaiting the reinstatement of visa-free travel to Canada for my fellow West Indians, something that I believe will happen eventually.

Everyone seems to have grown accustomed to the fact that Caribbean passports have visa-free access to the Schengen zone in Europe. It is almost taken for granted. But who remembers that it was only a few short years ago – in 2015 – that Dominica, Grenada, and Vanuatu gained this privilege? And it’s a privilege that could be lost even faster than it was won.

I was born in the UK as a British citizen and took for granted all my adult life having the right to live and work in other EU countries. That privilege will be gone from Halloween onwards, due to Brexit.

I would go as far as to suggest that anyone who invested in a second citizenship based purely on visa-free travel possibilities was badly advised. That was never what second citizenships were designed for, though it has become an important factor over the years.

There are doomsayers who believe the European Union will not survive this pandemic in its current form. Without commenting directly on that hypothesis, the Brexit example makes it amply clear that just because your passport says “European Union” on the cover for now, that doesn’t mean it always will.

Surprisingly, for someone who is apparently advising people on citizenships, Mr Hempson-Putt seems unaware that all Commonwealth citizens (such as those who obtained citizenship under Caribbean and Vanuatu CIPs) are entitled to receive consular assistance from British embassies and consulates in foreign non-Commonwealth nations where their own country does not have diplomatic or consular posts. They are also eligible to apply for British emergency passports if their travel documents have been lost or stolen and permission has been granted by their national governments.

I do, however, strongly agree with Mr Hempson-Putt that it makes sense to consider whether a client’s citizenship and residence planning really ticks the “Plan B” boxes.

It’s important for clients to remember that nothing in the world is perfect, and it is unlikely that one option will tick all their boxes. Fortunately, there is nothing to stop clients from “cherry-picking” multiple options, based on individual circumstances. For example, a Caribbean citizenship combined with a residence permit from a European or Asian country might fit the bill. The total investment amount for both will probably keep more doors open for a smaller cash outlay, when compared to investing in, let’s say, Maltese citizenship.

Limited Time Offer: The COVID Relief Fund
I’m prepared to bet that we will see some more price-cutting in the Caribbean and Vanuatu over the coming months. Remember the “Hurricane Relief Fund” from St Kitts and Nevis? A COVID-19 Relief Fund seems likely. History also shows us that, in difficult times, Caribbean co-operation goes out of the window.  The rest of this year might be an excellent time to pick up a Caribbean citizenship if you’ve been thinking of it but have been putting it off.

I fully agree that substance, as in links and genuine connections with the new country, will be more and more important for investment migration clients in the near future. This is the real “support network” and the more diversified support networks you have in different places around the world, the better. If you are going to obtain a citizenship or residence permit, equally important is to spend time there to build up your real support network. Residential property will be part of this, but business and government connections are valuable in a support network and you don’t build them up simply by buying a villa. Therefore, investments in business, technology, and also medical facilities (something everybody is now thinking about) will be very much in demand.

Start-up and entrepreneur type visas have an increasing role to play. These potentially allow business owners to spin off a part of their existing business, such as R&D or their IT departments, into a new company in a new country. This will not only help the business owner obtain a new citizenship, but will also bring benefits to the business such as diversification of sovereign risk (basically: what happens if you have a disagreement with the government!) and potential tax incentives.

The Caribbean is indeed further away than Europe for Middle Eastern clients, but it has a well-established and successful tourist industry and proximity to major markets such as the USA. Nearby Venezuela has also become a major source country for citizenship seekers, and based upon how this crisis is playing out in Latin America I would expect to see a lot more applications from countries like Argentina, Brazil, and Mexico. Again: advantages and disadvantages depend on individual circumstances.

All in all, let’s not write off the Caribbean and Vanuatu yet. But if you obtain citizenship in any country for any reason, please don’t be lazy – take the time to visit! That will also make it much easier to answer if you are ever questioned by border authorities.

Peter Macfarlane is a writer and commentator on global financial matters, personal privacy, and offshore wealth creation. He is co-founder of The Q Wealth Report. Peter’s column is sponsored by NTL Trust, one of the leading providers of Investment Immigration services across the Caribbean and around the world.