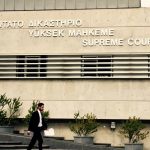 Following a comprehensive round of retroactive due diligence on citizenship by investment applications approved prior to the 2018 tightening of vetting procedures, Cypriot authorities identified 26 cases of inappropriate naturalizations. To rectify missteps of the past, the government vowed to revoke those citizenships.

But the country’s own citizenship law has so far foiled the revocation plans. Philefteros explains the convoluted legal issue:

The gap appears to be found in the Law on the Population Register Act of 2002 (141 (I) / 2002) and more specifically in Article 113 which provides for the deprivation of citizenship.
The article at issue states that “A citizen of the Republic who is a citizen by registration or is a naturalized person shall cease to be a citizen of …” The Council of Ministers may by decree deprive any citizen of the Republic who is a naturalized citizen by virtue of its provisions. Article 111 or a person registered under the provisions of paragraph (2) of Article 110 a person, if he is satisfied that such citizen:

(a) By works or words he has demonstrated, dishonesty or malice in the Republic;

(c) within ten (10) years from the registration or naturalization was sentenced in any country to imprisonment for particularly heinous offense or an offense involving moral turpitude a, provided that such conviction concerns an offense which constitutes the Republic offense is particularly heinous or moral turpitude, which carries a prison sentence.”

The point at issue relates to the fact that the provisions of the nationality deprivation legislation cover Article 111 and Article 110, while the cases of passports for investment are covered by Article 111A of the relevant legislation.

Article 111A (2) provides that the Council of Ministers may authorize the alienation of foreign businessmen and investors without any requirements of the legislation being met. For such cases and for honorary naturalization cases, the Council of Ministers shall issue Regulations specifying the terms and conditions under which naturalization is permitted.

The legal issue, therefore, is that Article 111A is not included in Article 113 which provides for the deprivation of Cypriot citizenship.

Jho Low, the family of Hun Sen, and other CIP-naturalized Cypriots whose passports were destined for the shredder are, consequently, still in possession of their citizenships. This impasse is unlikely to last very long, however, as the ministers of Interior and Justice are reportedly planning to meet with the Attorney General “soon” to discuss how the law can be amended to accommodate the special circumstances.

In a piece of good news for the program, the three due diligence firms officially appointed to audit applications going back to 2013 report that they have identified no further cases, beyond the 26, of CIP-citizens doing anything to warrant alienation.

Want to know more about the Cyprus CIP? To see recent articles, statistics, official links, and more, please visit its Program Page. To see which firms can assist with applications to the program, visit the Residence & Citizenship by Investment Company Directory.