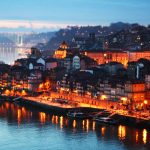 Over the last 5-6 years, it has become increasingly common among residence by investment professionals to employ the “after x years you can apply for citizenship” phrase during their client consultations. If we disregard the fact that it is a meaningless statement – you can apply for citizenship any time you want, even after one day of residency, but with no chances of approval, of course – it remains a good marketing ploy for immigration professionals.

But how many of your clients have thought to ask; what are the chances my citizenship application will be approved? Hardly anyone.

Six years after the start of Portugal’s Golden Visa program the first batch of participants have filed applications for citizenship. So far, no immigration specialist has come out with the news that “my client has received Portuguese citizenship!”

Two days ago, the Minister of Foreign Affairs, His Excellency Augusto Santos Silva, told Idealista.pt that “the program is not intended to grant citizenship or Portuguese nationality, but rather to facilitate the granting of permits to reside in Portugal”.

That’s an ominous statement. Does it mean that people who bought the property for the legally required minimum amount and then spent just the minimum number of days in Portugal will not – after all – qualify for citizenship?

Let’s, for the sake of argument, assume that the value of an EU citizenship on the open market is around €1m, based on what Cyprus and Malta require under their investment programs. Why should Portugal give such value in exchange for just buying a property, holding it for five years, spending a bare minimum of time in the country (if any), and contributing very little to the economy and society? That does not make economic sense to me.

Of course, those residents who really moved to Portugal and have been living there for five years have a very good chance to obtain citizenship, but those participants are a small minority.

What is also interesting is what will happen to the value of the property investments if it turns out that those applicants who didn’t bother to integrate themselves in Portuguese society end up ineligible for citizenship.

Under those circumstances, applicants will still enjoy advantages like

If that’s the case, I expect the market share Portugal gained in the last five years – to some degree based on the promise of citizenship – would crater. For applicants who already obtained the permanent residency, there would be no reason to keep their property. At the same time, demand for properties in the upper price range would also drop in tandem with the diminishing interest in the Golden Visa (now that investors know it doesn’t lead to citizenship).

Where would that demand go? Greece? Malta? Maybe to the five Caribbean countries and Vanuatu that all offer citizenship and Schengen visa-free travel at a cost far below what Portugal offers.

It is also possible that, contrary to what the Minister said, Portugal would still grant citizenship to all 6,000 property owners and their families. In that case, the other Mediterranean golden visa programs would surely suffer.

I think all of IMI’s readers eagerly await the result of the first citizenship application based on minimum investment and minimum stay in Portugal, due sometime this fall. Whether the answer to that application is yes or no, either way, it will mark a momentous turning point for our business, with global market ramifications.