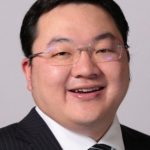 A Cyprus newspaper claims fugitive financier Jho Low obtained a passport under the country’s CIP in 2015 with the help of Henley & Partners. The firm says he’s never been their client.

A Cypriot newspaper claims in an article from yesterday that Jho Low, who Malaysian prosecutors claim was the “mastermind” behind the misappropriation of US$4.5 billion from the 1MDB fund, obtained a Cyprus passport through that country’s citizenship by investment program in 2015 – six months after news of the scandal broke.

Jho Low has maintained his innocence throughout the proceedings against him.

According to images published in Cypriot newspapers, the Background Verification Report, prepared by due diligence specialists Thomson Reuters, flagged Mr. Low on 4 out of 14 dimensions; PEP, Money Laundering, Fraud & Regulatory Breaches, and Other Risk Factors.

“The firm declined to accept Mr. Low as a client”

A leading service provider in the industry – Henley & Partners – is implicated as having assisted Low in the process. In a statement (reprinted in full below) addressing the claims, however, the company categorically dismisses the allegations as false and categorically denies having ever taken Mr. Low on as a client.

Henley & Partners was not approached for any comment on the story by any media organisation in advance. We have not therefore had the opportunity to engage with the articles or the “evidence” presented, which has been taken entirely out of context to fit a narrative that does not represent an objective assessment of the situation.

Contrary to what has been stated in multiple articles, Mr Low has never been a client of Henley & Partners. Whilst he approached Henley & Partners’ in 2015, the firm declined to accept Mr. Low as a client. It is therefore false to state that “Henley & Partners helped Jho Low acquire Cypriot citizenship.”

Over the past twenty years, Henley & Partners has invested significant time and capital in creating a corporate structure that is wedded to best practice governance and the highest levels of due diligence, even before passing a client over to the consideration of a sovereign state.

It is also important to also note in the context of the apparent acquisition of Cyprus citizenship by Mr Low as well as in all other cases that it is the Government of Cyprus which is responsible for the processing and approval of applications for citizenship. Moreover, governments are in a position to annul any citizenships granted under their programmes if there has been any misrepresentation by applicants.

While Henley & Partners refutes allegations Mr. Low was their client, the company leaves it to Cypriot authorities to address allegations of his having received an approval for the citizenship by investment program.