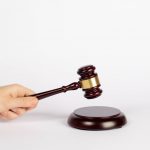 Jean-François Harvey argues that the Caribbean CBI practice of not providing any explanations when rejecting an application is Kafkaesque, unnecessary, and unfair.

The release of the OECD Model Mandatory Disclosure Rules and its practical guidance for Financial Institutions have sparked renewed discussions concerning the legitimacy of citizenship-by-investment (“CBI”) programs and restarted the conversation around one of the industry’s most important questions: what more can be done to increase the overall perception of CBI programs?

Before assessing the possible solutions to increase positive perception of CBI programs, it is worth dispelling the myth that CBI is a “back door” into a country. It must be made clear that this is a legitimate and legal route that is fully integrated into a country’s immigration system. The idea of CBI being used as a veil for criminals with governments turning a blind-eye has been targeted particularly at Caribbean CBI programs, which are the focus of this article. This view is inaccurate and based on a limited understanding of how the programs operate, as CBI programs and CBI applicants themselves participate in plain view of the government.

With that said, CBI programs can always benefit from increased transparency given that the greater public is often wary of what they do not understand. The prevailing standard of such programs to engage an independent third party in carrying out an objective due diligence (“DD”) process, is a necessary step in the right direction.

However, this good work is often hindered when insufficient oversight or rigor is applied to the DD process. DD companies commit numerous errors that are notorious in the industry. Applicants have been accused of being organ traffickers simply because of a mix-up between one individual and another, often caused by typographical errors. Other applicants have been questioned over simple matters in Civil or Small Claims Courts, such as traffic infractions or minor contract squabbles. Some countries might not draw a clear distinction between “criminal acts” so a speeding ticket can appear to have the same weight as a criminal indictment.

As for the issues on Caribbean shores, it has been the usual practice of CBI authorities to issue their decisions on an application without providing reasons. Such opaque decision-making gives the impression that approvals and refusals can be given on a discretionary and arbitrary basis, which can be an obstacle to legitimizing CBI and its image.

Among the most crucial elements that remain non-existent in most current CBI programs is providing applicants with the right to understand the precise reason(s) for their refusal and the possibility of appealing the decision.

There are several common reasons for the refusal of an applicant, including failing to provide the required documentation, non-compliance following a due diligence check, but also a “threat to national security”, an oft-stated justification. This could include matters relating to previous convictions of family members, or a conflict between identical names with criminals or other blacklisted persons. For whatever reason, the applicant is not entitled to know the reasons behind their refusal which, in a society where we look to improve ourselves or to adapt, goes against everything we have learned to do.

Read also: 21 Citizenships Issued Under Jordan CIP, But Half of Applicants Rejected

A common thread among the Caribbean CBI programs is the discretion of the relevant Minister to appoint a committee to review the application in the event that a decision is challenged. However, despite any reviews and recommendations put forward by the committee to the Minister, the reasons for a refusal often remain a secret. It is a mystery to the applicant upon which grounds the Minister issues the refusal, what evidence was relied upon, or whether there were any grounds or evidence at all.

What can be seen from this situation is that the reasons for refusal and the disclosure of this information is at the sole discretion of the Minister, without any safeguards to ensure its validity by way of appeal or review in any court.

The current way of making a determination when a refusal is challenged is problematic for a number of reasons. CBI applicants come from countries all over the world and their applications often include legal matters that are likely beyond the scope of knowledge of the committee. Given that the appointment of the committee is at the discretion of the relevant Minister, we cannot be sure that there is a consistent standard from Minister to Minister when appointing this committee between this elected term and the next. We cannot be sure that committee members have the specific legal knowledge, or whether it is a requirement to consult experts when confronted with issues that they do not know.

What we can be sure of is that the ultimate assessment of an application should not be determined by a committee that does not have the necessary expertise and cannot prove how they met their evidentiary burden.

Once an application has been refused following a review by the Minister’s appointed committee, this refusal is considered final and there is no recourse or opportunity to appeal. The next question may be whether an applicant should have the opportunity to provide an explanation or clarification regarding their application. This would be a laborious and expensive process. The applicant must consider the engagement of a local agent, the potential involvement of legal counsel, and the costs of travel to the relevant Caribbean country to be subjected to question – all of this, without actually knowing the specific reason of the decision.

Taking all of the above into consideration and the level of complexity that can arise in certain cases, should we leave such an important decision, namely the future of an applicant and their family, to a single individual, or is that something we should question?

If places such as Canada, the US, and all the European countries offering CBI/RBI can offer full disclosure when it comes to the reasons for refusal, then the Caribbean can follow the same standard. Considering the stigma of refusal for future applications, would transparency of CBI programs hinder or help the process?

We have often raised this question with industry stakeholders involved at the local level, and we are still waiting for a valid answer. Would full transparency and the adoption of a valid appeal process not help with the legitimacy of the programs? What is there to hide? Therefore, it is our opinion that all countries offering CBI should adopt a full disclosure principle for refusals and give the applicant the opportunity to know the accusations and the possibility to reply to these allegations.