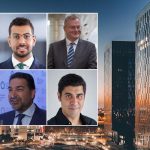 In Wealthy Indians See a Route to US via Grenada from Economic Times, Mark Davies of Davies & Associates, Dillon Bhatt of Milwood Kane, as well as Mohammed Asaria of Range Developments, discuss how growing wait times and prices in the US EB-5 program increasingly drive Indians to seek alternative paths to the US through citizenship in Grenada, which is an E2 treaty signatory.

Mark Davies, the global chairman of immigration law firm Davies & Associates, said there had been a definite drop in interest towards the EB-5 programme after the US changed the investment guidelines under it.

From November 2019, the minimum investment required under the EB-5 Immigrant Investor Program had been raised to $900,000 from $500,000 in a Targeted Employment Area (TEA) and from $1 million to $1.8 million in non-TEAs. “This, coupled with a longer wait time for Indians because of an annual country cap of 700, has led people to explore other options,” said Davies.

Mohammed Asaria, who is the director of Range Investments that facilitates investments in real estate projects for citizenship in Caribbean countries, said he was seeing a lot of interest from Indians, including NRIs from the Middle East, for this programme. The quick processing time, typically 90 days for the Grenadian citizenship, and another 90 days for the E2 visa, is also a big factor driving the shift towards this. “This is no longer an outlier — at all immigration conferences, Grenada is very topical and is at the forefront at the moment,” he said.

“In the last few months, we’ve seen a lot more interest from India after the changes to the EB-5 programme,” said Dillon Bhatt, the chief of international business development at investment consultancy firm Millwood Kane International.

In Why The U.K. ‘Golden Visa’ Leaves Britain Shortchanged, published in Forbes, Shard Capital’s Farzin Yazdi and Henley & Partners’ Christian Kälin comment on the rising tide of the UK’s Tier 1 investor visa and the degree to which the Home Office’s rule changes last year have resulted in increased investment in something other than bonds (spoiler: it hasn’t).

Last year, the U.K. Home Office excluded government bonds from the program in the hope of sending money to parts of the economy where it was more needed.

But this has not worked as expected says Farzin Yazdi, head of Investor Visa at Shard Capital. “There has not been a shift into high risk, small, or illiquid investments. This is mainly due to the fact that most applicants do not fit the suitability criteria, and the main objective is their visa.”

This is a waste, says Chris Kaelin, chairman of Henley & Partners, one of the world’s largest citizenship advisory firms. “This Tier 1 program here doesn’t really make much sense. It could do a lot more for the country.”

“So you could very easily design a program and say ‘Okay, Mr. Russian and Mr. South African and Mr. American and Mr. Asian can come here, you’re very welcome, and you put two million to Cornwall, to the north and to wherever else we need investment,’” suggests Kaelin.

Everybody comes to London and its stupid,” says Kaelin. “You should take that out and say ‘foreigners, you invest in northern England. You can still have a house [in London] but at least the investment doesn’t compound here where already the prices are high.’

“In the U.K., there is a particular opportunity now thanks to this Brexit.”

In BRIC Seekers of U.K. Golden Visa Double From 2015 Despite Brexit, from Bloomberg, Farzin Yazdi makes another appearance, this time elaborating on what did happen to investment trends after the rule change.

“The withdrawal of U.K. government bonds as a qualifying investment has seen a shift in applicants investing into managed U.K. corporate bond portfolios of mainly investment-grade bonds,” Farzin Yazdi, head of investor visa at Shard Capital, said by email.

In No, Dr. Nye, the future is Asian: Parag Khanna, member of Henley & Partners’ Board of Advisors, Parag Khanna, argues against Harvard’s Dr. Joseph Nye, who believes the United States will remain the global hegemon in military, economic, and cultural terms.

“We can no longer fully understand the world through the political concept of borders,” said Khanna, who emphasized the need for a “detailed understanding of how cities, economic zones, and individuals are connected.”

“The present is already Asian, since most of the world’s population is in Asia and more than half the world’s GDP is in Asia. Asian economies are growing much faster than Western ones, and their societies are becoming more innovative and dynamic,” Khanna said.