Investment Migration People in The News This Week: “An Inquiry Every 2-3 Minutes,” Says Hong Kong Consultant 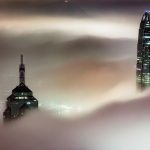 Panic-driven immigration inquiries in Hong Kong – No longer just window-shopping
An article in the SCMP details the absolute panic that has overtaken civil liberty-minded Hongkongers since it became clear last week that China is walking away from its pre-handover commitment not to interfere in Hong Kong’s domestic political administration.

“The day after that proposal, we received over a hundred calls,” said Andrew Lo, chief executive at Anlex, a Hong Kong-based immigration consultancy firm. “People are restless. They ask if they can leave the next day.”

“The foreign property market is picking up,” said David Hui, managing director of Centaline Immigration Consultants, whose firm received up to 100 requests for investment ideas this week, compared with a dozen previously, on daily basis.

Another push factor had been the announcement by US President Donald Trump to revoke Hong Kong’s special trade status, said Golden Visa Portugal ‘s co-founder Jason Gillott, who has signed up 50 clients since he started business in January.

“We’re seeing a four to fivefold increase in cases,” said Hu, founder and principal consultant of John Hu Migration Consulting. “Now they see the urgency. They ask the question, which type of visa has the shortest processing time?”

Hong Kong has seen many spikes in immigration inquiries in the last 20 years, coinciding with episodes of social unrest and fears of its political future. Historically, such “panic inquiries” have tended to subside in parallel with the flare-ups by which they were catalyzed but, this time, inquiries are coming in at a rate previously unheard of.

Bloomberg’s observations mirror those of the SCMP:

“We get an inquiry every 2 to 3 minutes,” said Gary Leung, chief executive officer of Global Home, a property and migration consultancy. The firm’s client requests have swelled to about 20 times normal levels, with Taiwan and Europe among the most asked-about destinations, Leung said.

Responding to the Cotton inspired letter, they wrote, “We find the Senators’ position to shut down the EB-5 immigrant investor program to be deeply troubling.” They added, “the EB-5 program is a proven job creation and retention tool.” In that regard, it appeared to them that the White House was not aware that, “Between 2008 and 2015, the EB-5 program generated more than $20 billion in economic investment that created more than 730,000 American jobs.”

As for concerns over much needed reforms, Aaron Grau, IIUSA Executive Director, stated, “IIUSA has been at the forefront of working with Congress and the Administration to bring needed reforms to the program. We emphatically support oversight and reform to allow for even more investment to the United States.” As for eliminating the EB5 program, Bernard Wolfsdorf, a U.S. immigration lawyer and past president of the American Immigration Lawyers Association speaking at a recent investor immigration conference held in Hong Kong wondered why, when so many Americans are losing their jobs, would the Administration want to eliminate this highly effective U.S. job-creating investor immigration program?

Harvey Law Group‘s Samuel Harvey was favored with his very own profile article in Esquire (Philippines) this week.

“To decide to secure a second (oftentimes a third or even a fourth) passport or to go for a residency program is not an easy decision that you can make within a day and based on hearsay from friends—or Facebook,” he muses.