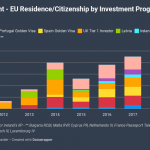 2019 was the best year on record for investment migration in the European Union. Conservatively estimated, EU-based residence and citizenship by investment programs accounted for foreign direct investment amounting to at least EUR 5.5 billion, crossing the five-billion mark for the first time, and doubling the amount raised just four years prior.

Data and assumptions
For each program, we have used official sources for investment amounts where available. This is the case for

Mediterranean locomotives
Three programs alone – the golden visas of Greece and Spain, as well as the CIP of Cyprus – were responsible for 60% of the aggregate in 2019, raising a combined EUR 3.5 billion. In 2016, the same three-program combination accounted for less than EUR 2 billion in investments.

While the EU’s investment migration market, in terms of FDI, has grown 14-fold since 2011, the number of programs has gone from 3 to 25 in the same timeframe. In 2011, the overall FDI raised through investment migration programs in Europe amounted to less than half a billion euros, implying a compound annual growth rate of 34% over the period.

Though, in aggregate, the market has grown consistently, the fortunes of the individual programs that constitute it have not always coincided. For three programs – those of Cyprus, Spain, and Greece – 2019 was the highwater mark, while the residence program in Ireland and Malta’s IIP peaked in 2017. Meanwhile, the heydays of the UK’s Tier 1 and Latvia’s investor visa are already six years in the past.

It would not be inaccurate to characterize 2020, so far, as an annus horribilis for the global economy as a whole, and the investment migration sector is unlikely to come away from it unscathed either. Among Europe’s programs, statistics for the first six months of the year are only available for the golden visas of Greece and Portugal, whose divergent paths make for poor indicators of a generalizable European RCBI-trend for the year.

While the Greek program saw its approval volumes pummeled by the pandemic, Portugal experienced all-time highs in May and June following a brief spell in the doldrums during March and April, placing its first-half 2020 figures roughly on par with those of last year. Greek authorities have recently enacted a variety of policy amendments that will allow for remote-application to the program that should see it rebound in Q3 and Q4, while Portugal is so far on track for a statistically unremarkable year. 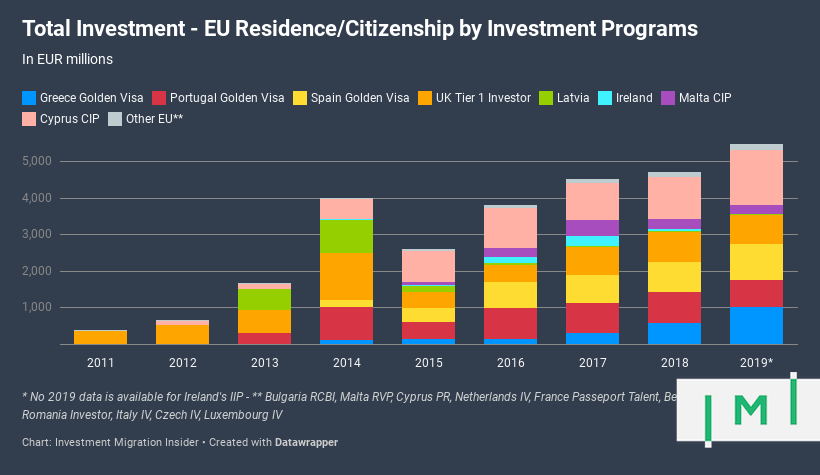 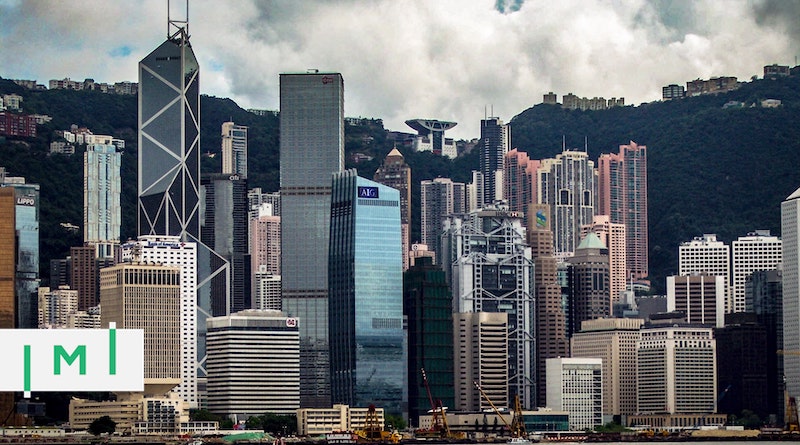 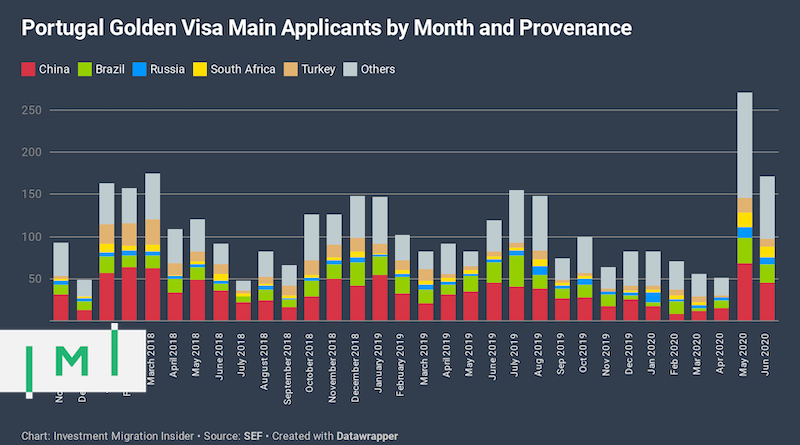 First-Half 2020 Investment in Portugal’s Golden Visa Already 52% of 2019 Total
A prognosis that two months ago might have seemed absurd is starting to look realistic: 2020 could be a record year for Portugal’s golden visa.