IMF to Dominica: Set Aside CBI-Revenue For Rainy (Hurricane-y) Days 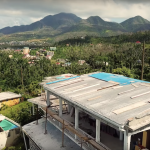 Upon the conclusion of its 2019 Article IV mission to Dominica, the IMF noted that Dominica’s large fiscal deficit – incurred from public spending on recovery from 2017’s hurricanes and resilience to future ones – continues, but that the country could mitigate this going forward by earmarking CBI-funds for the inevitable natural disasters yet to come.

The Washington-based institution further noted a robust economic recovery on the island and said it expected GDP to reach pre-hurricane levels already by next year.

“Output growth in 2019 is estimated at 10 percent, largely offsetting the cumulative decline of 10 percent since the hurricane. […] Output is projected to reach pre-hurricane levels by 2020, and growth to rise above potential in the medium-term, owing largely to significant foreign investment in new hotels expected to start operations by end-2019. In the context of an uptick in tourism prospects, the increase in room supply above pre-hurricane levels should give a fillip to economic activity.”

Figures from CBI Real Estate Watch show Dominica currently has five large-scale hotel developments under construction and slated for completion in the near future.

While sanguine about the prospects about economic expansions, the IMF nonetheless expressed concerns that GDP-growth was, to a significant extent, sustained by public spending, expected to manifest itself in budget deficits.

“Large-scale public investment aimed at rehabilitation, reconstruction, and resilience, while contributing to growth, has worsened the fiscal outlook. The fiscal deficit is projected to remain large in FY2019/20 at 7 percent of GDP, but this is a significant improvement relative to the estimated outturn for FY2018/19.”

Read the full statement from the IMF here.

Want to know more about the this program?
See statistics, news, FAQs, approved developments, agents, and more, on the Program Pages.

Hundreds of companies can help you apply for RCBI programs.