If We Wait to Re-Open Borders Until Travel is “Safe”, Borders Will Never Re-Open 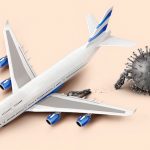 At a time of exploration and conquest long past, rulers commissioned famous jurists to write expert reports on the importance of the global freedom to travel for all (and, as sub-text, for empires to expand vis-à-vis similar aspirations to power by competing empires). Francisco de Vittoria and Hugo Grotius both asserted such general right to travel subject to not doing any harm (for example, not to harm the indigenous population, which was a caveat tragically and repeatedly ignored).

Likewise, Immanuel Kant enunciated the importance of co-existence and a duty to hospitality to strangers. Later, customary international law formed the ‘right to travel’ (to leave, migrate, and be admitted as a traveler), which was rooted in natural law and classical liberalism, based on the law of nations (ius gentium), as part of a broader notion of a right to communication between peoples, including free trade and the freedom of the high seas.

Following Samuel Pufendorf, the right to travel has become restricted by the sovereignty of the nation-state, with individual rights now existing in more limited reference to nationality/citizenship as the Arendtian meta-‘right to have rights’.

In other words, travel exists somewhat at the behest of and in reference to the individual as being part of the state. At the same time, universal human rights refer to a ‘right to leave any country, the right to return to one’s country, and the right to interstate travel’ exists as outlined in Art.13 UDHR and Art.12 ICCPR.

Is the Vanuatu model of complete isolation sustainable?
Global mobility is severely curtailed during the pandemic outbreak, but the particular responses have varied widely among jurisdictions.

Take Vanuatu, for example, which on the 26th of March 2020 saw its president sign a declaration of a State of Emergency (SoE) over the whole of Vanuatu for a two-week period, for the purpose of strengthening prevention and containment measures in response to COVID-19. Since April, the SoE has been extended multiple times for the dual purposes of continuing COVID-19 prevention and containment measures as well as responding to Tropical Cyclone Harold, which impacted Vanuatu on 6 – 7th of April 2020.

On Thursday the 13th of July 2020, the SoE was extended until December 31st 2020, whilst it was extended for cyclone relief until August 9th 2020. These declarations allow special powers as set out in the Disaster Risk Management Act No. 23 of 2019, initially drafted with provincial disaster and climate change in mind but now applied to Covid-19.

With Vanuatu’s closed borders and the country not registering a single confirmed infection, immediate action appears justified, making the country in many ways a global safe haven.

It is understood that the situation and lens of the small island state are unique. In consequence, smaller polities may need to deal with the pandemic ever more cautiously, forced to err on the side of safety rather than on that of freedom of movement, keeping in mind any restrictions as to its own medical resources and infrastructure and the potentially disastrous consequences that might immediately occur on any actual outbreak.

Vanuatu, in other words, from its perspective, is doing the right thing, having left its borders closed. Nobody knows, however, how long this might be a sustainable course of action, as the time of the global health crisis appears as somewhat indeterminate, without any clearly defined end.

Will travel now become the luxury it was until the 1960s?
Notwithstanding the importance of quarantine and any health-related matters to which the author cannot speak (but which may, at first sight, appear justifiable based on the knowledge of decision-makers at the time), the outlook on global mobility is currently a bleak one for all travelers, severely curtailed by municipally enacted COVID-19 emergency measures vested on a slippery slope from temporal to permanent status.

Facing global pandemics today, travel has come to a grinding halt, curtailed virtually overnight by its inherent indeterminacy of health-related factors attaching to the common right to travel, at least, when viewing such a right solely through the lens of the nation-state (surpassing even the learned Dimitry Kochenov’s so poignantly enunciated concerns about the randomness of citizenship as an ordering principle so far).

In consequence to the stand-still, international travel, after adaptation to the ‘new normal’, may perhaps again become a luxury item as it used to be until the 1960s. Whether rich or poor, most people are affected by restrictions as to travel, whether by air, sea or land.

Where travel is permitted at all, these restrictions do not only apply in regards to higher costs, but also as to the time spent traveling and quarantining, as well as for the need to hold at all times up-to-date health-related evidence that is now expected to be produced on these cross-border travels (with borders ever-changing and re-emerging as state- and municipal borders, extending the concept of the ‘airport’ as an imaginative border to anywhere and everywhere).

For example, as to the temporal limitations on travel on the journeys through a pandemic world, one may need to account for any cumulative effects of double- or multiple quarantines.

Imagine you are taking a modest 3-day holiday off work to fly from Port Vila, Vanuatu to Brisbane, Australia to visit family, then flying back from Brisbane to Port Vila. You would, today, if not mistaken, likely need to add 28 days to that period, with 14 days of quarantine in each country when taking a return flight, meaning in effect an additional 28 days of (at least in Australia self-paid) quarantine. That adds up to 31 days in total door-to-door for the initial 3-day trip, making short visits no longer feasible (especially if you need to take leave from work).

Without an operational definition of “safe”, the state of emergency can become perpetual
The important aspects of any state of emergency (or, as phrased by Giorgio Agamben, a ‘state of exception’) include the temporary abrogation of many rights and the immunity of government action while fixing things. States of exceptions are means to an end, not a means of themselves. This, in turn, draws a necessary consequence to the emergency: There should always be the prospect that the times of turmoil and indeterminacy will – eventually – end (even though in some cases, doing so while making way for a new constitutional order).

As seen above, the state of emergency in most countries has so-called ‘sunset-clauses’; it ends and gets reviewed every couple of months before being re-instated in its latest form. In some instances, that state of emergency has no clearly defined goals but is going on forever toward no- or only vaguely definable goals, related to unspecified events such as the end of all potential for deadly plagues, with a very dangerous self-perpetuating logic ensuing.

This, in turn, may burden individual rights, including global travel and trade, while protecting global health through separately – and at times global-cumulatively – acting emergency laws in multiple nation-states.

In other words, that logic is one that borders will open once it is safe to do so, with an underlying realization that there may perhaps never be absolute safety any- and everywhere so that the lock-downs can never truly end, a classic catch-22 situation.

Safety, travel, and the right to risk
Currently, governments seem to be doing the correct thing, erring on the side of safety and precaution, based on scientific evidence. The precautionary principle, to err on the side of safety, is itself, however, contested, seen by some as incoherent and potentially paralyzing.

The general question becomes one of time: The longer the exception lasts, the less likely that there can be an orderly return to the previous normative order of a (now already idealised) pre-Corona status quo. The question is, in other words, not whether to have a state of emergency; it is, rather, how long that state of global emergency can be referenced against an indeterminate event of local/global health, absent any deep, perhaps irreversible changes to the system of the state and to individual rights, including the right to travel.

If the writer is not mistaken, (and a welcome mistake that would be) some of the world’s governments have now in effect reversed any basic premise of freedom to travel with the assumption of lock-down as the basic premise, and exceptions to the lock-down possible in certain circumstances.

Any lasting (not merely temporal and immediately reversible) openings to the global lockdown seem to require (and be made subject to) lower levels of risk being present. This, again, may never be the case. Does this then mean a permanent suspension of freedom to travel?

An initial assumption could still be one of freedom to travel, with singular inroads possible where absolutely and immediately necessary, but not one of a general lock-down. However, that difference would perhaps be felt much at this stage of immediate crisis.

In any case, both lock-down and openings need to be proportional to the dangers involved.

For some, individuals may risk their own personal sphere at any time they deem fit. This right would be limited as to what John Stuart Mill termed the harm principle, being subject to the harm of others. This is a fundamental philosophical assumption not necessarily abrogated but, rather, specifically employable in times of crisis also. Today, it seems that any personal right to travel (being really a ‘right to risk’) is curtailed by a wider interpretation of the bonum commune, erring on the side of safety after weighing individual liberty with the greater good.

Arguably, this focus on the presumption for lock-down over freedom to travel is correct with the global risk still being assessed, immediate and perhaps on the rise, and with the well-being of the whole body of (national and a global) societies in mind. It is clear, in other words, that the currently prevalent school of thought, erring on the side of safety rather than liberty, has great value in the face of immediate crisis.

Much, then, depends on the time of the analysis, whether one looks at the height of crisis or at its aftermath, which seems to be, unfortunately, an indeterminate yardstick, impossible to be measured correctly except in hindsight. In the case of the status of exception becoming a permanent one, the existential problem is that a then self-evident, also permanent curtailment of rights would be ensuing.

We need safety from rights-erosion too
One should perhaps look at each crisis not as a permanent but as a temporary matter. Outside any immediate states of exception, the curtailing of free travel should perhaps vest the burden of evidence for risk on those who claim such risk. Any automatic assumption of a from now on permanent state of crisis would lower the universal individual rights standards, including the right to travel, to the standard of only conditional liberties. Those seeking aspects of enduring safety in crisis may, tragically, do so at the expense of large scale erosion of individual rights where they assume that no end to the crisis can be set.

The post If We Wait to Re-Open Borders Until Travel is “Safe”, Borders Will Never Re-Open appeared first on Investment Migration Insider.