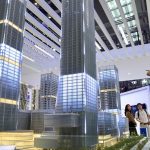 Translation and edits by Christian Nesheim

Faced with rising minimum investment requirements among residence and citizenship by investment programs across the globe, China’s IM market will respond in one of three ways.

Just as we rang in the new year, Singapore set off the opening salvo on 2020 investment migration (IM) program price hikes, and several other programs have hinted at intentions to follow suit. We needn’t look far for examples: The Greek government has publicly contemplated a doubling of required amounts for its golden visa program; the Australian government says it believes requirements for its SIV are too low; the US EB-5 program recently raised prices by 80%.

How can Chinese immigration agents cope? While the country’s IM market is, by a wide margin, the world’s largest (see: 57,000+ Chinese Spent More Than US$44 Billion on Golden Visas in Last Decade), it still doesn’t have the clout necessary for directly influencing price decisions among programs internationally. Nonetheless, authorities do take the preferences of Chinese applicants into account because finding favor with the market can catapult a program to unprecedented heights. Good examples of this occurring are the golden visas of Greece and Portugal; While the latter was once the undisputed European leader, thanks to Chinese interest, the Greek program usurped its Iberian rival in a matter of 18 months thanks to a swift re-channeling of Chinese investment toward the Eastern Mediterranean.

Responding to price increases, the Chinese IM market generally resorts to one of three methods, or a combination of them.

Method 1: “Discover” programs that have recently lowered prices
Not all programs are raising their prices. Sometimes, programs open at an over-ambitious price point or struggle with modest application volumes for years, before deciding to drastically cut rates. There’s probably no better example of this than the Turkish citizenship by investment program.

Possibly from naïveté about the realities of citizenship commoditization, possibly from an inaccurate estimate of its own inherent attractiveness, the Turkish CIP opened in 2017 with an asking price starting at US$1 million. Nobody in the investment migration industry was surprised when the program failed almost entirely to attract applicants. About a year and a half later, authorities bowed to market realities and lowered the price to US$250,000. What happened next had no precedent in the industry; within 8 months of reducing its price, the Turkey CIP had become the world’s most popular.

Chinese nationals are currently the 9th largest applicant group for the program, the remainder of the top 10 consisting of nationals from Middle Eastern countries. But we have only just had a glimmer of the tip of the Chinese FDIceberg in Turkey. Remember that, before the true floodgates can open onto Turkey, Chinese investors must first learn to find Antalya on the map. Then, they must be informed of the recent depreciation of the Lira and how cheap it’s made property. Finally, they must be made aware of Turkey’s status as an E2 Treaty country. This edification process has a lead-time of, perhaps, 6-9 months but, once it’s completed, Chinese applicants will come to dominate the program, as they always do sooner or later with every program with which they become enamored (see IMI’s graph in the Economist for more on this).

Furthermore, Chinese property developers are increasingly discovering the road (and belt) to Istanbul in order to capitalize on a wave of Mainland investment, that, to them, seems all but guaranteed.

Method 2: Financial leverage
Investment migration and financial services are two separate industries that, nonetheless, have a symbiotic and inextricable relationship. For as long as investment migration programs have existed, financial intermediaries have offered to lend applicants the funds needed to qualify. A few IM programs expressly forbid the use of borrowed money to fund the investment, a handful welcome it, but most are ambiguous (flexible) about it.

During the early years of the now-closed Canadian Immigrant Investor Program, you could pay CA$120,000 to finance the full CA$400,000 to get your Maple Leaf card. It didn’t take long for similar options to emerge in the Hong Kong Capital Entrant Scheme and the Hungarian Residency Bond program (both now closed as well). It’s still frequently used for the Malta RVP and the Irish IIP. Spearheading this trend, each time, was the Chinese market, where agents helped their clients seek out financing either in the destination country or at home.

Method 3: Vertical integration
Higher prices means fewer applicants or lower margins, or both. Chinese immigration agencies have, historically, counter-acted this by attempting (with mixed degrees of success) to capture more of the value chain, thereby shoring up per-client revenue.

In the latter part of this millennium’s first decade, Chinese agencies were geared almost exclusively toward the US EB-5 market. Many were those agencies who decided to become equity partners with regional centers, or even to open up their own, enabling them to enjoy a double-dip into their clients’ pockets. This considered, Western readers may find it ironic that Chinese industry associations unanimously agree that international firms that try to compete for B2C clients directly in China “must be opposed” and “will be punished”. In recent years, Chinese agencies have applied the same vertical integration model to programs as diverse as the Saint Kitts & Nevis CIP, the Greek Golden Visa, and the Malta RVP.

As margins are squeezed because of higher investment requirements and effects of the November 2018 deregulation continue to materialize, China’s investment migration market will continue to integrate, both vertically and horizontally. Vertically, because immigration agencies venture abroad to become developers and locally accredited agents. Horizontally, because tens of thousands of wealth managers, family offices, law firms, and tax advisors are now joining a market once exclusively reserved for licensed immigration agencies.

These factors will inevitably lead to a new round of metamorphosis for the mainland market. The firms caught wrong-footed by the ensuing chaos will perish; those who remain will reign as kings.