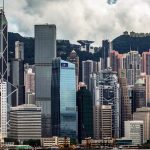 Since the inception of the EB-5 Regional Center Program, Hong Kong has been one of the earliest large EB-5 investor markets. In fact, between U.S. federal fiscal year (FY) 1992 and FY1999, Hong Kong was one of the top 10 largest EB-5 markets in the world with the highest demands for EB-5 visas (see Chart 1).

After experiencing some ups and downs in the early 2000s, the EB-5 market in Hong Kong started to regain momentum in FY2010, reclaiming its seat as one of the top 20 EB-5 investor markets globally. Furthermore, as Chart 1 illustrates, demands for EB-5 visas in Hong Kong started to grow consistently in FY2013. In FY2017 and FY2019 (Q1 and Q3, respectively), Hong Kong became one of the top 10 largest EB-5 markets in terms of the number of filings of new EB-5 applications (Form I-526 filings).

Using data from the U.S. Citizenship and Immigration Services (USCIS) and U.S. Department of State (DOS), this analysis provides a quantitative review on the latest trends of the EB-5 investor market in Hong Kong, including quarterly I-526 filings, EB-5 capital outflows, investment preference, average approval rate and processing time. We’ll also discuss the recent surge of the net outflows of Hong Kong residents in 2019, which are largely due to the political and socio-economic events taking place in the territory.

EB-5 capital investment raised from the Hong Kong market
We estimate that, since the start of the EB-5 Regional Center Program, investors from Hong Kong have contributed more than US$160 million in EB-5 capital to support economic development and job creation in the U.S. As visualized on Chart 3, the amount of cumulative EB-5 investment from Hong Kong investors demonstrated rapid growth in the years following FY2015. In fact, based on the number of I-526 filings by Hong Kong petitioners, we estimated that the EB-5 market in Hong Kong generated at least US$21 million worth of capital investment annually between FY2015 and FY2019.

Additionally, data from DOS also revealed important trends of the types of EB-5 projects in which the majority of the EB-5 investors from Hong Kong invested. As presented in Chart 4, EB-5 projects in a non-TEA (targeted employment area) accounted for the vast majority of EB-5 green cards that were issued to applicants from Hong Kong between FY2000 and FY2008. However, the investment preference has shifted significantly since FY2010, when EB-5 projects in a TEA became the preference for the vast majority of Hong Kong EB-5 investors. In particular, 93% of all EB-5 green card holders who received their legal permanent residency in FY2019 invested in an EB-5 project within a TEA through an EB-5 Regional Center.

Specifically, 25% of the I-526 petitions filed by Hong Kong EB-5 investors were approved within 13 months, while 50% received their I-526 approvals in 16.4 months. Overall, our data indicated that the processing time for an I-526 case falls into a relatively wide range: it only took 1.8 months for some EB-5 investors from Hong Kong to receive an approval, while others had to wait 27.1 months for USCIS to adjudicate their I-526 case.

A spike in emigration from Hong Kong in 2019
Based on the latest statistics released by the Hong Kong Census and Statistics Department in February 2020, the net outflow of Hong Kong residents was 29,200 in 2019, the highest level since 2012 (see Chart 6). While the tension between Hong Kong and mainland China has sharpened in recent years, a growing number of local residents are actively considering emigration. According to a survey by the Hong Kong Institute of Asia-Pacific Studies and the Chinese University of Hong Kong in December 2018, 34% of the respondents indicated they would like to emigrate if possible, while 16.2% of prospective emigrants “have already acted to prepare for the move.”

Political unrest is not the only factor that has fueled a surge in emigration from Hong Kong. The results of the survey also indicated that the high housing prices in Hong Kong and the “overcrowded living conditions” are major contributors to an uptick in emigration in recent years.

In addition to providing quantitative analysis of the EB-5 investor market trends in Hong Kong, IIUSA is hosting an Investor Market Webinar on August 12, 2020, focusing on the recent dynamics in the Hong Kong market.

In collaboration with Investment Migration Insider (IMI), this webinar will provide listeners with critical updates on the U.S. investment immigration options, first-hand updates on the key change of the EB-5 Program under the new regulations, and opportunity to directly ask questions to EB-5 industry experts. IIUSA members and international attendees can participate free of charge. Click here to learn more about the webinar and register today.