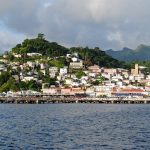 While last year’s first quarter saw the Grenadian cabinet approve 33 applications, the equivalent figure for Q1 this year reached 64. Should Q1 prove an indication of an overall trend rather than an anomaly, Grenada can expect to beat its all-time record from 2018, when it approved 244 main applicants and raised EC$147 million.

At 6.3% overall since 2014, the program’s rejection rate remains low compared to other CIPs that publish such data; the Malta IIP, for example, rejects one in four applicants, while Jordan has rejected half.

While Grenada’s CIU observed a considerable uptick in real estate investments in Q1 – receiving 32 applications under this option compared to 24 in Q3 2018 – the investment-to-donation ratio has hit a record low in 2019; fewer than one in five applicants chose to acquire a property in the country.

Read also: Thomas Anthony’s Tenure at Grenada CIU to End in August After One Year at the Helm

Hundreds of companies can assist with an application to the Grenada CIP. See which ones in the Residence and Citizenship by Investment Company Directory.