Greek Immigration Offices Close Over Covid-19 – Others Will Follow 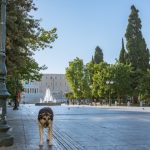 On Wednesday, Greek authorities announced – among other containment measures – the closure of Greek immigration offices starting yesterday and lasting at least until April 10th.

The government indicates it will re-evaluate the situation in April. Greek investor visa specialists, Varnavas Law Firm, elaborates on how such closures will interrupt golden visa processing. Specifically, the following processes cannot currently be concluded:

Ex-China containment measures that would impact investment migration procedures began as early as January, when Vanuatu declared a suspension of its passport-delivery and swearing-in ceremonies. Several other jurisdictions have similarly limited procedures.

In our initial report on the Covid-19 crisis – Coronavirus Will Radically Impact the Investment Migration Market – we wrote that “the viral epidemic is a black swan event that will materially reconfigure the investment migration industry. And not just within China.” At the time, global authorities still had an opportunity to stem the contagion through decisive, aggressive, and comprehensive measures.

Authorities, regrettably, had not the political will to make such hard choices and, instead, dithered for weeks and squandered their benefit of having advance warning. Their window of opportunity is now closed. People all over the world are now hunkering down in preparation for inevitable lockdowns, battening the hatches, clearing shelves of toilet paper, and renewing their Netflix subscriptions.

Things will get better eventually, but expect extreme levels of disruption for the next 40 days at the very least.

Ale Iacta Est
Greece will not be alone in closing its immigration offices or, indeed, most public offices of all kinds. Even if your country has a limited number of infections today, the long incubation period and the high proportion of asymptomatic infected individuals indicate we crossed the containment Rubicon a long time ago. Damage-control is what counts now, and that means limiting human-to-human interaction through quarantines, self-imposed or otherwise. Non-essential services – of which immigration processing is one – will be suspended in the vast majority of localities sooner or later.

No European country will be spared this scourge. The situation you see in Italy today will be visited upon all of Europe (and likely also all of North America) within a very short period.

Sneer not at the Italians, for there, but for the grace of about two weeks, go the rest of us.