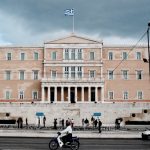 While not citing any sources, Sofokleousin describes what they say are planned amendments to the program in detail.

The minimum investment in real estate would double to EUR 500,000, bringing the Greek residence by investment program in line with comparable programs in Portugal and Spain, and significantly above the rates required in Latvia.

The same newspaper also claims the government will introduce a “compulsory stay in Greece for a period or expense of specific amounts in Greece each year. Information indicates that a minimum expenditure threshold of 30,000 – 50,000 euros will be set.”

Want to know more about the Greek Golden Visa? To see recent articles, statistics, official links, and more, visit its Program Page. To see which companies can assist with applications to the program, explore the Residence & Citizenship by Investment Company Directory.

In recent weeks, Greek newspapers have been flush with unsubstantiated reports of government plans to launch a citizenship by investment program modeled on that of their Cypriot neighbors, but no official announcements have confirmed the rumors. See: More Unconfirmed Reports on Greek Citizenship by Investment Plans Surface, This Time With Details

Official confirmation has emerged to confirm plans of a program overhaul that would introduce alternative asset classes as qualifying investments for the golden visa program, notably those of equities (public and private), bonds, and deposits. Those plans, however, have not materialized since they were first announced in 2017, and were dealt a further delay in July when the previous government put program reforms on hold pending the general election (which it lost).