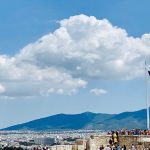 An article in Philenews today states that the new Greek government is planning a citizenship by investment program, with a minimum investment of EUR 2.5 million, for next year.

“Concerns have been raised among Cypriot land developers and service professionals that the new government in Greece is preparing a Greek Citizenship for Investment Program, which will resemble that implemented by Cyprus in recent years and which has contributed especially in the recovery of the economy,” the article reads.

“The program is expected to be implemented after the first quarter of 2020 and may involve investments of € 2.5 million so that anyone can apply for the project. It is recalled that in Cyprus the investment limit is EUR 2 million of additional VAT. In the case of Greece, the idea is to defer payment of VAT for a period of three years. So essentially at the time of investment, the cost will be similar to that in Cyprus,” said the article in Philenews.

A reporter from the newspaper confirmed that senior representatives from the Cypriot real estate sector had obtained the information from high-ranking Cypriot politicians, who in turn had learned of the CIP-plans from their Greek counterparts in the Ministry of Economy.

“While they may not wish to go on record, senior members of the developer community have indicated the plans are real and that they consider their realization a virtual certainty,” a representative from Philnews told IMI.

IMI has endeavored to contact executives at firms involved in government advisory for citizenship by investment programs, as well as the Greek Ministry of Economy, but has been unable to obtain immediate confirmation regarding the plans.

Earlier this week, IMI reported that Greece’s new government are implementing sweeping reforms to encourage much-needed foreign investment in the country, including the complete elimination of VAT on property investments for the next three years.

Learn more about the Cyprus CIP and the Greek Golden Visa.