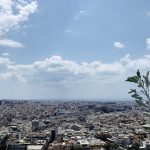 Greek property just got a whole lot cheaper for foreign investors. The country’s new center-right government has declared it will not collect VAT on real estate investments for the next three years.

Still 25% below its pre-crisis peak, Greece’s GDP is set to grow by more than 2% this year. Newly elected Prime Minister Kyriakos Mitsotakis of the center-right New Democracy party ran on a platform of tax cuts and spending increases – diametrically opposed to the policies of his far-left predecessors.

The new government, elected on July 7th, committed to making across-the-board tax reductions a “key priority”, has already begun to make good on its promises.

While Mitsotakis has presented a slew of tax cuts applicable to all tax-paying Greeks, the announced reforms are particularly welcome to those in the property sector, to which the country’s golden visa market is inextricably tied.

On July 21st, Mitsotakis announced an immediate 22% reduction in property tax with an aim to lower it by a total of 30% during his first two years in office. He also plans tax deductions of up to 50% for renovation and property investment over the next three years, as well as a three-year tax holiday on real estate capital gains and on VAT for construction-related activity.

Panos Rozakis, CEO of Prime Synergy, a Greek property and residence specialist, highlights the three-year pause in construction-related VAT as a measure that will help boost interest in Greece’s golden visa program.

“VAT, up to now, was at 24% and applied to real estate buyers who a) did not use the property as their primary residence and b) were not Greek. Naturally, eliminating this will have a very positive effect on foreign interest in Greek real estate, which was growing tremendously to begin with,” says Rozakis, who hopes it will get construction going again after many of the country’s developers faltered for a lack of liquidity during the crisis years.

“This is a very different bull-market,” he continues. “Back in 2006, credit was cheap and easy to get. Anybody could get a loan. These days, banks essentially don’t lend out any money to private buyers,” a phenomenon he attributed partly to the lack of capital to lend out among many banks and partly to EU restrictions.

“So the only people buying property now are those who can afford to pay cash upfront, which is to say the buyers are generally either Greeks who have saved up funds that they don’t know where else to put [deposit rates and equity markets are of little interest], institutional investors, or foreigners,” factors making the upward trend more sustainable.

Rozakis is careful to point out that the Greek housing price index – which, although it began pointing upward in 2017, is still some 40% below its pre-crisis peak – does not adequately capture wide divergences in the Greek market.

“The figures from the Bank of Greece show the market as a whole, but the differences in price trends within the country are enormous. Sure, in the country seen as an aggregate, prices have been rising 7-10% a year since 2017, but that doesn’t mean everything is going up. In central Athens, let’s say in a 4km radius of Syntagma square, where there’s a tourism and Airbnb boom, prices are increasing 30-40% a year and sometimes much more. In other parts of the country, and even in other parts of the capital, prices have barely budged.”

Hundreds of companies can assist with applications to the Greek golden visa. To see which ones, visit the Residence and Citizenship by Investment Company Directory.

Rozakis believes this is the right time to buy property in Greece, and that low prices won’t last. Four particular factors support his prognosis:

While Rozakis emphasizes that not all the price growth is thanks to growing foreign interest, he acknowledges that it’s playing a big part.

“A few years ago, all the news about the Greek market was bad and foreign clients were calling me asking if they should sell. Now, it’s exactly the opposite. As to the sellers, everybody seems to be imagining that a Chinese buyer is going to knock on their door and pay ridiculous money for their flat. And it’s not always just a pipe dream; some Chinese buyers really do overpay for their Greek real estate,” an occurrence that, he explains, has become more frequent as Chinese companies buy property in bulk on the cheap only to later flip it to Chinese individual investors with – some would say – unconscionable markups.