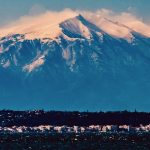 On April 21st, GTP reported that the Greek government was actively examining the re-launch of its golden visa program with an eye to jump-starting the program as soon as possible.

Greece was first among Europe’s major golden visa countries to close its immigration processing operations as part of a broad early response to the COVID-19 pandemic that has earned the country much international praise and which is credited for the country’s coming out of the crisis relatively unscathed compared to European peers.

See also: Which RCBI-Countries Have Handled COVID-19 Best So Far?

As a result of its early reaction, Greece is now among the first to reopen its immigration processing. But Greece isn’t merely bringing its golden visa program back to normal; the conservative government is reinstating a program that is more resilient and less bureaucratic than its COVID-19 predecessor.

“We are very interested in jump-starting the real estate market and in this direction, we are immediately relaunching the golden visa program,” said Deputy Finance Minister Theodoros Skylakakis in mid-April, and indicated the country’s economy would begin a gradual reopening at the beginning of May. He also promised new measures relating to the golden visa program aimed at stimulating investment and facilitating investor activity.

“To accelerate the course of growth in the coming months, we will seek to lift the bureaucratic obstacles that currently exist in the property market,” he said in April, without offering much in the way of details.

This week, however, such details emerged to demonstrate that Skylakakis was not exaggerating.

1. Any additional supporting documents for applications that have already been submitted for the granting or renewal of a residence permit may be sent to the competent authority by the interested third-country national or by its legal representative by mail (registered letter) or by courier company.

2. Already issued residence permits, the collection of which is pending, shall be served on the concerned third-country national or his legal representative by the competent Immigration Authority by courier service, with proof of service and a copy of the relevant decision.

3. In particular, issued yet pending residence permits of investors (with explicit favourable provision for real estate owners of the Golden Visa program) can be served directly to the appointed lawyer of the applicant, upon their request, in consultation with the relevant Immigration Authority, through courier service.

Furthermore, according to another recent Ministerial Decision (13850/2020) special regulations are provided to the Golden Visa applicants and their family members by ensuring an alternative possibility of issuing permanent investment permits.

More specifically, real estate investors for the Golden Visa program, as well as their family members, will be able to submit applications for the initial granting of a permanent residence permit at the Immigration Policy Directorate of the Ministry of Immigration and Asylum.

Deputy Finance Minister Skylakakis also told reporters in April that he expected Greece “pull through” the crisis thanks to its effective handling of the pandemic, which will add to its already strong brand as an attractive destination, but also because “long-term investors in tourism will have an added incentive given that the prices will have dropped.”

Since July 2019, when Kyriakos Mitsotakis took the helm as Prime Minister in Greece following many years of extreme-left rule marred by austerity, bailouts, and a severe recession, Greece has undergone a series deep reforms expressly designed to attract investment and boost employment. Such steps have included drastic cuts in taxes on both individuals and businesses, a sustained campaign of red-tape cutting, as well as the introduction of a lump-sum tax program aimed at drawing in wealthy individuals from across the globe.

Results, so far, have been nothing short of spectacular. Not only has the Greek golden visa become, by far, the world’s most popular such program; it has also seen developers embark on projects in Athens covering an area the equivalent of Gibraltar.